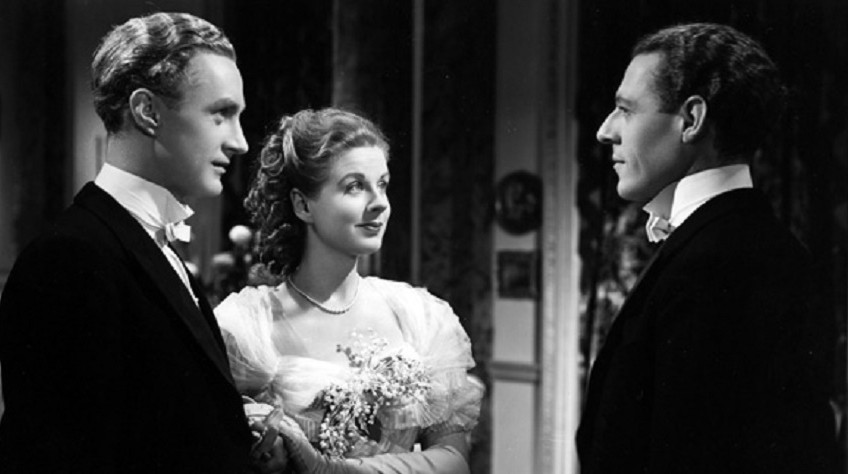 PORTRAIT OF CLARE (StudioCanal). Francis Brett Young’s staid period novel, published in 1927, got a staid treatment from director Lance Comfort in 1950. Margaret Johnston is Clare who marries three times. The message is reiterated: it’s wrong to marry without love. Her husbands are played by Ronald Howard (who drowned), Paul Bailey (who turned out to be a boring prig and not nice) and Richard Todd (who is very nice and whom she should have married in the first place). Her son is played by the child actor Jeremy Spencer who should have gone on to great things on stage and screen but completely disappeared in his twenties.  It is interesting to watch two contrasting acting styles: the hammy Mary Clare and the understated Marjorie Fielding. Mary Clare behaves as if she were in a theatre acting to the back row.

DROWN (Peccadillo). A woman, swimming out to sea, pauses to kiss a lifesaver on the lips and then swims on to drown. This Australian film was originally a play for just three actors on a deserted beach. It has been opened up by director Dean Francis to increase the sex, the bullying, the humiliation and the violence. The result is an aggressively obnoxious and unsubtle in-your-face movie which will have a limited appeal even for its core audience. Matt Levett, Jack Matthews and Harry Cook are the trio surf lifesavers.