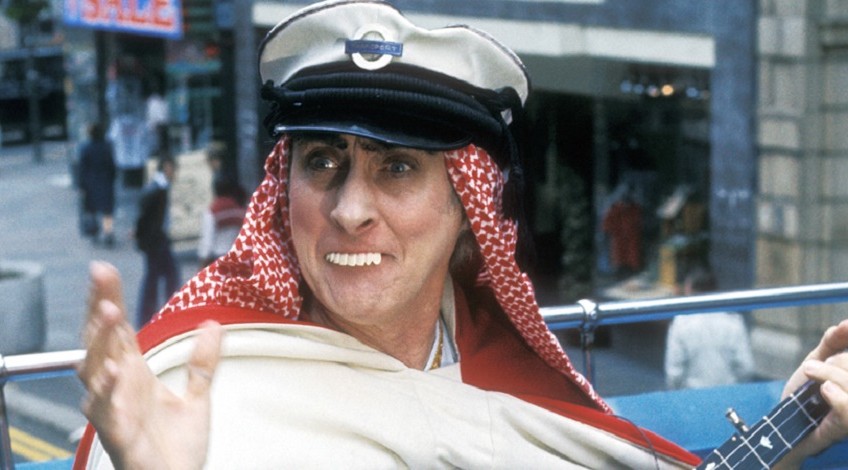 Spike Milligan was the Godfather of Alternative Comedy

Q SERIES 5, 6, 7 (Simply Media). Spike Milligan (1918-2002) had the last laugh – on his gravestone: “I told you I was ill.” He suffered from bipolar disorder and he had several mental breakdowns. I saw him twice on stage and found him more disturbing than funny. His adlibbing was agony for the actors (such as Joan Greenwood) who had to act with him. The Q series in the 1970’s is essential viewing for anybody interested in satirical, surreal, anarchic comedy. He was way ahead of his time. High spots include a documentary on cockneys in the David Attenborough manner as if they were a foreign tribe, Olympics for the deaf and the drunk, and nostalgia for the good old knees-up days of World War 2. I had forgotten just how much Monty Python’s Flying Circus owed to Spike.

ROXANNE (Eureka) is based on Edmond Rostand’s Cyrano de Bergerac, a dazzling mixture of rhyme and rapier. There is no sense in trying to update one of the greatest romantic dramas ever written and turning a flamboyant, chivalric swashbuckling 17th century poet and soldier into a modern fire chief in a small American town. It doesn’t work. The script is much diminished by cutting two major scenes, the Battle of Aras and Cyrano’s death, one of theatre’s great tearjerkers. Steve Martin, who wrote the script, is a good comic actor; but there is so much more to Cyrano than a Pinocchio nose-job. See the real thing. See Gerard Depardieu’s definitive performance in the 1990 French film instead

HECTOR (Cadiz Music) is a vagrant convincingly acted by Peter Mullan. We follow his journey from Glasgow to Newcastle and then to London in time for a Christmas shelter. Lots and lots of kind people come to his aid. He is finally reunited with his brother and sister whom he has not seen in 15 years. Jake Gavin directs this modest and sincere film, aimed at the Christmas “good will to all men” market. Worthy though it is, I suspect very few will actually want to see it and those who do will find it just a bit too upbeat and positive and not sad enough.