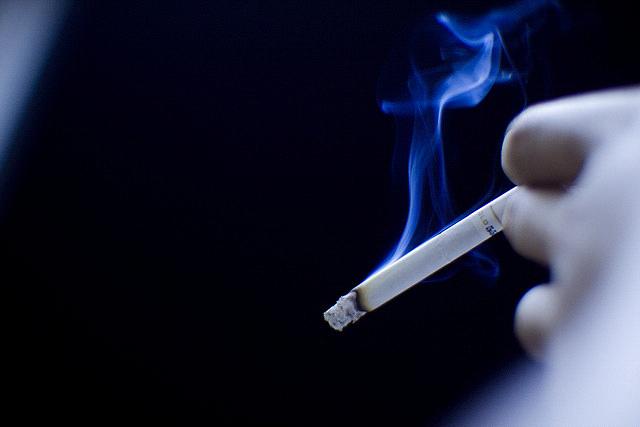 But giving up could help repair and recover damage to the brain, recent research suggests

Giving up smoking – even in later life – could help reverse the harmful effects it has on the brain, according to recent research from the Disconnected Mind study at University of Edinburgh, funded by Age UK.

In the latest, largest study of its kind, scientists have found that smoking appears to accelerate the thinning of the outer layer of the brain (cortex), seen in normal brain ageing. This can jeopardise important thinking skills such as planning, decision-making and problem-solving.

The good news is those participants in the study who had given up smoking appeared to have a thicker cortex than more recent quitters, suggesting some degree of recovery.  However the authors are keen to underline that more research is needed to confirm these results with larger numbers of current smokers, studied over long periods of time

The study’s authors suggest that avoiding smoking helps maintain the normal thickness of the cortex, protecting against age-related cognitive decline.  The research adds yet more weight to existing evidence showing a strong connection between smoking, brain decline and an increased risk of dementia.

Age UK is highlighting the research ahead of its annual Later Life Conference on Wednesday 18 November, which will focus on brain ageing and dementia.  It will showcase exciting and innovative new approaches in the prevention and treatment of age-related cognitive impairment, joined by some of the leading thinkers, policy makers and service providers working in the field.

To reflect Age UK’s increasing focus on protecting and improving brain health, the Charity, in partnership with AARP – the leading US not-for-profit organisation for people aged 50+ – has recently convened the Global Council on Brain Health (GCBH).  This is an independent collaborative of scientists, doctors, scholars and policy experts who will be developing and communicating trusted information on the actions people can take to support their brain health.  It will examine key priority issue areas to improve brain health such as physical exercise, mental engagement, stress levels, and medications and supplements.

Professor James Goodwin, Head of Research at Age UK, said: “We all know smoking is bad for our lungs and heart, but it’s important we also understand just how bad it is for our brain.  This study shows how smoking speeds up the decline of the important thinking skills we rely on – in a sense accelerating brain ageing – in addition to increasing the risk of dementia and many other illnesses.

“While avoiding smoking is the best way to reduce the risk of brain decline, dementia and other cognitive diseases, this study gives new hope that quitting smoking, even in mid-life, can bring important benefits to the brain, as well as the rest of the body.

“With research suggesting that older people’s fear of developing dementia outweighs that of cancer, it is important we inform people about the simple steps they can take to safeguard against this horrible and distressing disease.  Brain decline is not an inevitable part of ageing, it is something we can protect ourselves against by making changes to our lifestyle – with avoiding smoking being one of them.”

Professor Ian Deary, Director of the Centre for Cognitive Ageing and Cognitive Epidemiology at the University of Edinburgh, who led the research project, said: “It is important to know what is associated with brain health in older age and our study shows that the rate of smoking-related thinning to the brain is approximately twice the rate observed in previous, smaller studies.  However, at the same time, our study also suggests that stopping smoking might allow the brain’s cortex to recover some of its thickness, though we need to conduct further studies to test this.”