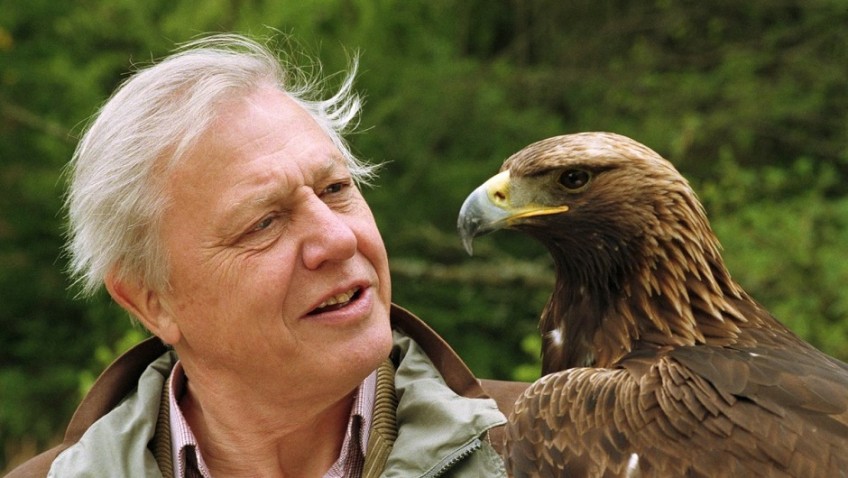 Back on the box in recent weeks with the most watched nature series of all time, Planet Earth II.

The Moon landing in 1969 voted the most historic moment ever captured on television, ahead of the fall of the Berlin Wall in 1989 and this year’s historic Brexit decision. He has long been seen as a national treasure, loved not only in the UK but around the world and following his triumphant return to our screens in one of the television events of the year with Planet Earth II, Sir David Attenborough has been revealed as the nation’s favourite TV personality.

The poll from Very has been released to mark the UN’s World Television Day (21st November) in what is a historic year for television with BBC TV recently celebrating 80 years since its first transmission and 90 years since John Logie Baird demonstrated the world’s first television.

Sir David came out ahead of multi-award winning duo Ant and Dec, while the late Sir Terry Wogan was also voted as one of our favourite presenters ever, ahead of personalities such as Jeremy Clarkson, Philip Schofield, Holly Willoughby, Sir Bruce Forsyth and Dermot O’Leary.

The poll also asked people to rank the most historic moments watched on television with the moon landing of 1969 coming in first ahead of the fall of the Berlin Wall in 1989 and this year’s historic Brexit decision.

Other moments that made the top ten were 1985’s Live Aid concert, the wedding of Charles and Diana in 1981, Barack Obama’s inauguration as the USA’s first African-American President in 2009, the 1996 World Cup Final, Kate and William’s wedding in 2011 and the opening ceremony of the London 2012 Olympics.

Number one on the list, the moon landing was not only a historic event, it gave the public access to something that they would never be able to experience. The fact that it was beamed live into homes across earth, was an incredible technological feat at the time.

Providing insight to another world is one of the reason programmes like Planet Earth are so popular and this year’s series is even more visually amazing than the original, which was released ten years ago. Because of the quality of the picture – with the advancement in technology such as 4D TV and the introduction of curved TVs – which make the pictures look even bigger with viewing angles from anywhere in the room – viewers can feel closer to the action than ever before.