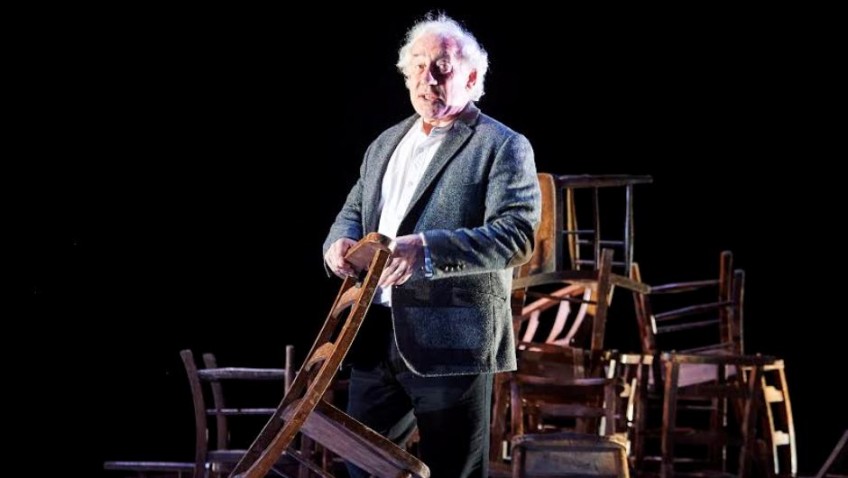 In the Middle Ages Jesus used to appear regularly in plays. In the 20th century Jesus has appeared mainly on film and television and also in two highly popular musicals

Alec McCowen once learned the whole of St Mark’s Gospel by heart and told “the good news” with conviction, compassion and, unexpectedly, a great deal of humour.

Tom Conti appeared in Jesus, My Boy, a 62-minute monologue, in which he played Joseph as a bewildered Jewish dad who wonders why his son thinks he is the Messiah.

Fiona Shaw was seen earlier this year in an adaptation of Colm Toibin’s heretical novel, The Testament of Mary, in which Mary does not believe Jesus is the son of God.

Now Matthew Hurt has reread the Gospels and found Jesus was much more radical, provocative, brilliant and contradictory than he had envisaged. “Mainly,” he says, “I was struck by how very real he seemed.”  But there is no attempt to reduce the figure of Jesus to a mere man.

Simon Callow has played Wilde, Shakespeare, Dickens and Wagner in his one-man shows with great success.

In The Man Jesus Callow, however, does not play Jesus.  He sees Jesus through the eyes of Mary, John the Baptist, Simon, Judas, Herod and Pilate and records the impact Jesus had on them.  There are twelve characters and he plays them all, a tour de force.

Jesus’ teaching and charisma, especially his piercing eyes, are made vivid. The most dramatic moment is his confrontation with his mother at the wedding in Cana in Galilee over the lack of wine. The most amusing are the scenes with Herod and Pilate and those with James, Jesus’ half-brother, who behaves exactly like you would expect a brother to behave.

The stage is bare except for a pile of chairs. Simon Callow is a bravura actor and he dominates the stage and holds the audience throughout. The chairs are used most cleverly.  My only criticism of the performance is that there are far too many different accents.