Home / LIFESTYLE / Silver separation – till divorce do us part 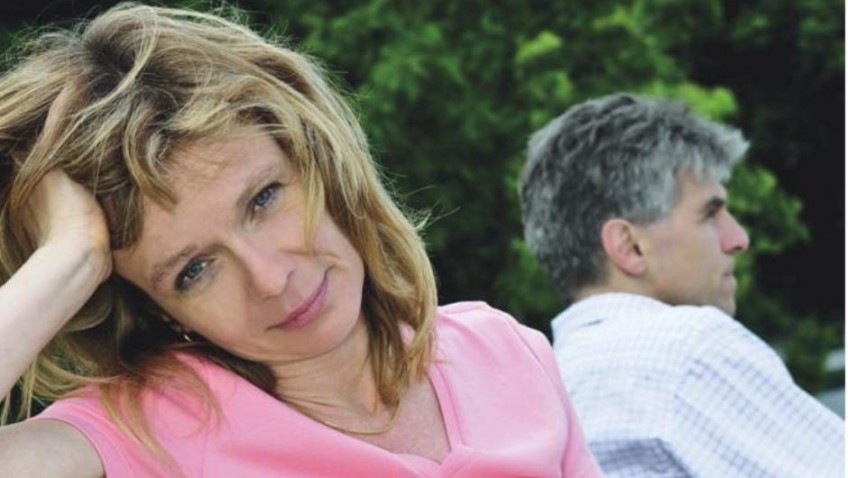 Silver separation – till divorce do us part

Increasingly, older couples are bucking the expectation to stay together ‘until death do us part’ and splitting up.

According to the Office of National Statistics (ONS), dramatic changes in life expectancy have prompted many couples to reconsider whether they really want to grow old together. The ONS singled out the fact that people living longer was the most likely cause for the surge in people heading for the divorce courts as they reach retirement age. They reported that 9 per cent of divorcees in 2011 were among the over 65s; this has doubled from 4.5 per cent in 2001.

In the UK, society has significantly changed over the years and divorce is not seen as a social taboo. There is no longer a stigma attached to ending ending a marriage, as attitudes towards divorce have become more relaxed. Additionally, economic conditions have led to more women pursuing careers and therefore gaining financial independence from their husbands. So what else might be behind this increase?

It may come as a surprise to find that it is more often the man that is responsible for breaking up a marriage in later life. While it was thought that men would have a shorter life expectancy beyond retirement compared to women, they are now actually living longer than they were.

Some unhappily married men choose to “do their duty” and put off separation while their children are growing up. Due to the fact that people are marrying much later and having children later in life, they could be approaching or in retirement before the children fly the nest.

But once the children have gone, we often see couples drift apart as a result of ‘empty nest syndrome’, where their children head off to university or move out of the family home. This can have a major impact on the dynamic between a couple and bring issues to the fore which were originally hidden by their responsibilities to their offspring. Other triggers could include wildly conflicting ambitions in later life, with one half of the couple wishing, for instance, to travel the world, while the other wants to remain close to children and grandchildren.

So how is divorce dealt with and what should you be aware of?

As this part of society is likely to be either in retirement or near retirement, it is essential that proper planning is in place to ensure there is adequate income and financial security. Therefore it is very important to pay attention to pension provision. Although in some respects this has been simplified in terms of granting a divorce. For instance, pension funds can now be split and equalised, care and professional advice is needed when doing this because comparing some pensions, with their differing contributions and different rights, is not like comparing ‘like for like’. Another factor to consider is inheritance planning, particularly if you may need care and assistance if health becomes an issue.

As we are seeing an increase in older people entering into second marriages, the option to enter a pre-nuptial agreement should also be considered for protection. While this may not seem romantic, it is frequently agreed upon between parties as they want to secure certainty for children or grandchildren from their first marriage in the event of another separation.

Although a pre-nuptial agreement is still not binding, if you deal with certain preconditions then the Court is likely to attach great weight to the provision made in a pre-nuptial in the event of a divorce.

While much is made of why over 65s would want to divorce, in this age of longevity and greater health, there is a whole new world in retirement and you need to ensure that in the event of a separation, there is still the ability to enjoy a fruitful retirement.

The Mature Guide to relationships, love and sex, supported by Relate the relationship people, is designed to help you nurture and develop existing relationships, or help you find new ones. You can order your copy by either sending a cheque payable to Mature Times for ú9.95 to Mature Times Guides, Unit 6, Railway Wharf, Station Road, Wrington, Bristol BS40 5LL or pay by either debit or credit card by calling 01934 864410 during normal office hours.