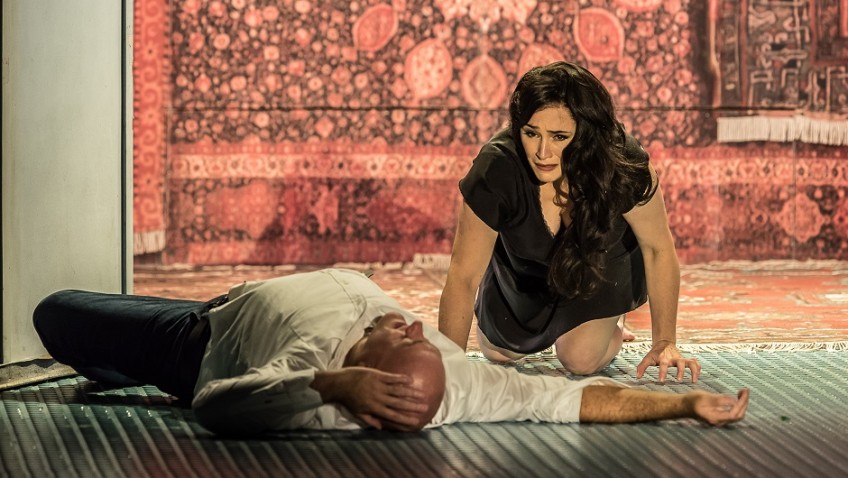 Mark Wigglesworth’s first season as English National Opera’s musical director gets off to a terrific start with an exciting production of Dmitri Shostakovich’s opera.

Lady Macbeth of Mtsensk premiered in Leningrad in 1934 and enjoyed a big success in and out of the Soviet Union until Stalin attended a performance.

Pravda, in an editorial, then condemned the opera under a headline, “Chaos Instead of Music,” lambasting “its deliberately discordant confused stream of sounds” and dismissing it as a “cacophonous and pornographic insult to the Soviet people.”

“The music quacks, grunts and growls and suffocates itself… It tickles the perverted tastes of the bourgeoisie with its fidgety, screaming, neurotic music.”

The production was immediately withdrawn, putting an end to Shostakovich’s career as a composer of opera. It did not re-appear until 1962 and then only in a revised and diluted version.

The opera is a heady mixture of black humour, crude satire at the expense of Police and Church and serious tragedy. The final act is stark realism.

Director Dmitri Tcherniakov updates the action to the 20th century and sets it in a provincial warehouse. The men are brutal thugs and the women workers are liable to be gang raped.

The singing and acting of all three principals is immensely impressive.

Shostakovich’s marvellous score, conducted by Mark Wigglesworth, is exhilarating in its relentless diversity and raucous, raunchy, brassy, manic excesses.  The orchestra and the chorus are in great form, producing a thrilling sound.

The score could hardly be more explicit in its eroticism; Tcherniakov, however, leaves nothing to the imagination. The interludes offer no respite for the lead singers who are kept very busy. So much so that I think it safe to say that had Stalin seen this particular production, director, conductor, cast, orchestra and audience would all be on their way to Siberia.