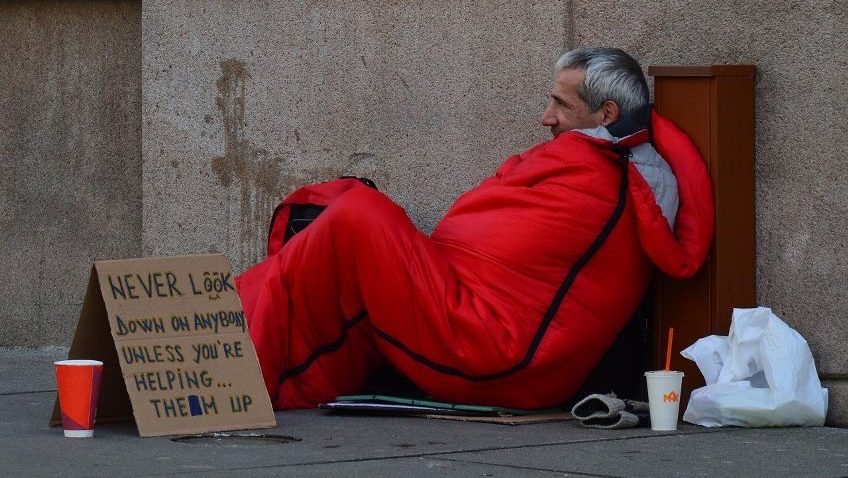 New analysis from The King’s Fund shows a steep year-on-year rise in the number of hospital admissions related to homelessness in England.

The analysis coincides with a new report from The King’s Fund which finds that many people sleeping rough struggle to access health and care services until they are acutely unwell.

The report’s authors found that people who sleep rough experience a “toxic combination” of struggles over personal safety, food, shelter and ill health. The average age of death for those who died while homeless in England and Wales in 2018 was 45 years old for males and 43 years old for females – more than 30 years below that of the general population. Around a third of these deaths are the result of treatable medical conditions like respiratory disease and HIV.

Despite their poor health, people sleeping rough often find it hard to access services. As well as practical barriers such as not owning a phone, the attitudes of some staff and a misbelief that patients need a home address to register for GP services can make it hard to book NHS appointments. Challenges accessing care often lead to health issues not being picked up until they are more serious and require hospital treatment.

Researchers from The King’s Fund examined efforts to better support people sleeping rough and have produced a series of practical recommendations for health and care services. They found that people sleeping rough rarely fit neatly into service specifications, meaning health, housing and care staff have to work around complicated rules and procedures. The authors recommend that staff be given greater flexibility to look beyond tight eligibility criteria for services and do the right thing for the individual.

As the government launches its new review of rough sleeping led by Dame Louise Casey, The King’s Fund is calling on her to highlight the critical importance of addressing physical and mental health issues to keep people off the streets and focus on removing barriers to joined-up work across agencies. This includes the implementation of rules about proving a “local connection”, which the research found can limit the support provided to people sleeping rough.

The new report recommends that local health and care leaders co-ordinate their efforts with other agencies and avoid people who sleep rough being bounced from service to service. The authors also call on relevant government departments to work together to provide longer-term funding for local areas to allow them to plan and provide services effectively and sustainably.

Dena Pursell slept rough on the street from the age of 16 to 19 and experienced several health issues as a result. Commenting on her experience, Dena said: ‘I used to have really bad breathing problems – I got bronchitis when I was first out on the street. I did try to register with a doctor, but they weren’t having it because I had no address. Most of the services I went to I found that people would give me clothes and food, but they wouldn’t help with any other problems I had like anxiety or depression.

‘People do need help. You can’t just put someone in a house who hasn’t had one for years and put a roof over their head and expect everything to be hunky dory, it’s not going to be. There’s a lot of other issues that have probably caused that person to be in that situation.’

Julia Cream, Fellow at The King’s Fund, and lead author of the new report, said: ‘People who sleep rough are living on the margins of society and all too often their health needs go unmet. They can face a toxic combination of drug and alcohol dependence, poor mental health, childhood trauma, abuse, and domestic violence. No one agency has all the solutions – health, housing, care and criminal justice all have to work hand in hand.

During the 2019 general election campaign, the government made a manifesto commitment to end rough sleeping by the end of 2024. Recently, the Prime Minister confirmed an extra £236 million to help “get rough sleepers off the street”.

This new research into health and care for people sleeping rough follows the launch of The King’s Fund’s new strategy which includes a focus on improving the health of those with the worst outcomes.

To find out more visit The King’s Fund website at www.kingsfund.org.uk/