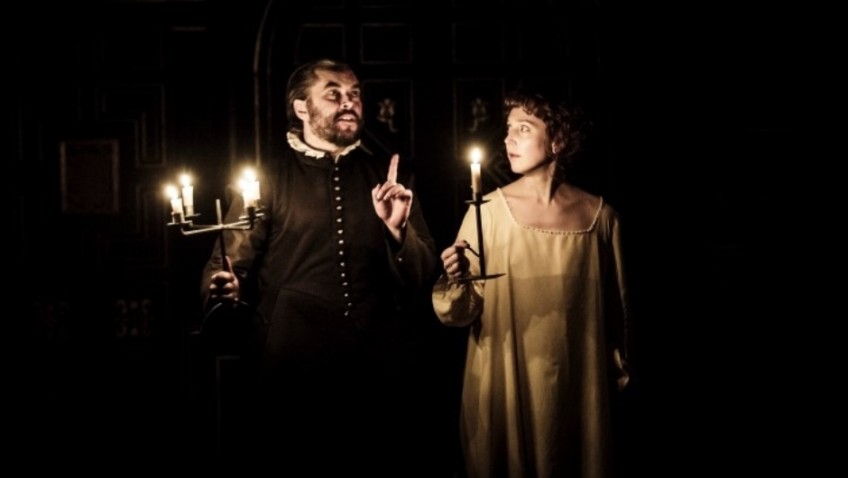 Sex and violence have always been good for the box office

The Changeling, which premiered in 1622, looks good in the intimate, dark, candle-lit confines of the Sam Wanamaker Playhouse. The musical accompaniment is just right, too.

Beatrice-Joanna is in love with Alsemero, but engaged to marry Alonzo. She gets her father’s servant, the ugly Deflores, whom she loathes, to murder Alonzo. Naively, she thinks he will accept a handsome fee and leave the country. Instead she finds he insists his payment should be in kind. She is outraged. Deflores is unimpressed: “A woman dipped in blood and talk of modesty! She becomes his whore.

It is the changing relationship of mistress and servant, a variation on Beauty and the Beast, which makes the play psychologically so exciting. Some academics think The Changeling is, in fact, the greatest English tragedy outside of Shakespeare.

In Dominic Dromgoole’s production, the text is played for melodrama rather than its psychological nuances, and the actors get more laughs than Middleton night have wanted. There is no tragedy.

Trystan Gravelle’s wicked, cunning and vicious Deflores is fine with the irony, except that he is not physically ugly enough to be playing Beast to Hatti Morahan’s Beauty.

The comic sub‑plot concerns two young men who disguise them­selves as fool and madman in order to get into a lunatic asylum to make love to the hospital’s governor’s wife.

Watching productions in the past, I have often thought that The Changeling would be so much better if the unfunny comic sub-plot were cut completely.

But the sub-plot here works better than I have known it; and it does so because Pearce Quigley as the jailer and Brian Ferguson as a young man feigning madness are very funny; and so, too, is a running gag with one of the inmates, who constantly appears when he is not wanted.

The Sam Wanamaker Playhouse is on the same site as Shakespeare’s Globe on the South Bank.