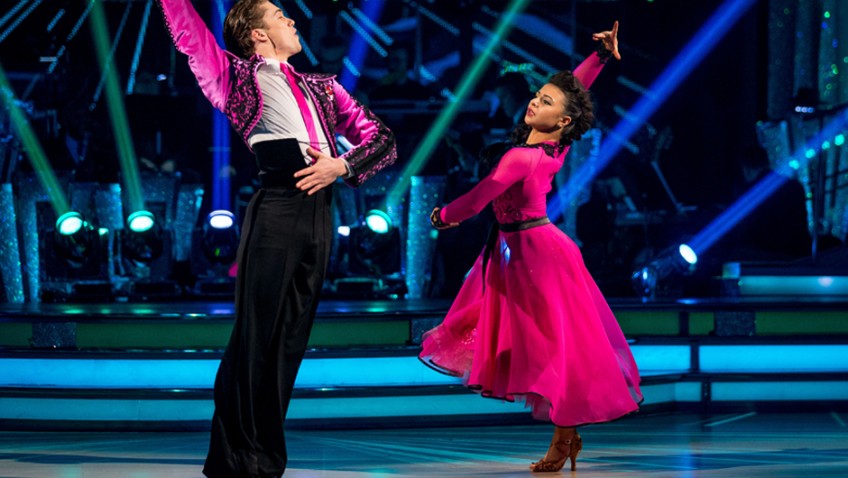 So this week the Tango has done for the mature dancers, Lesley Joseph and Anton du Beke. At the age of 71 Lesley has proved that she has the stamina and determination of many half her age. Unlike many of the previous older female contestants, who are usually partnered with Anton, she has shown grace, suppleness and dancing ability that has endeared her to the public. Who knew the selfish Dorian of Birds of a Feather was played by such a lovely actress? “Strictly” continues to delight me every week.

Is anyone able to take Boris Johnson seriously? I worry for his credibility as a politician let alone a statesman. The man who would be Prime Minister was out-manoeuvred by his supposed friend and ally, Michael Gove. The political editor of the Times, Tim Shipman has written a book (another one!) on the betrayal, which I have been reading in his newspaper. I wonder how long it will be before we are treated to “Boris the Musical”?

Alas, poor Boris has again lost out as his vehement opposition at the possible expansion of Heathrow airport has been ignored by the Government, which has chosen this as their preferred option. Wherever the expansion takes place there is going to be controversy, but apparently, we need more flights in and out of Britain. Seems strange to me that we voted for more control of our borders in the referendum, but are expecting increased international air traffic.

At the recent Cheltenham Literary Festival, I attended a discussion panel ‘We’re all Brexiteers now’. From farmers to homeowners, from students to scientists, we are all affected by the situation as the British economy adapts. BBC Radio 4 presenter Paddy O’Connell chaired a lively debate between policy analyst and economist Pippa Malmgren, Dixons Carphone CEO Sebastian James and The Sunday Times Political Editor Tim Shipman. With their political contacts and searching questions from the audience these erudite experts could only come up with the conclusion that we shall have to wait and see.

Farewell to the Jungle

No I am not referring to the latest “I’m a Celebrity”, but to the demolition of the refugee camp in Calais. It is with mixed feelings I have been watching the clearance of the notorious makeshift village. I hope that the migrants are being moved to a better place and that after their sometimes, years of suffering, they can have a better life. It seems to me that the travails of the celebrities are as nothing to the journeys undertaken by fleeing Syrian families. Let us not forget these are humans first and unfortunate victims of circumstance second.

Does your family play games at Christmas? There has been a long tradition in our family of all coming together in the evening and playing time-honoured games such as charades or buttons. Some are very messy, such as the flour cake game, and some just used to frustrate the family such as ‘the moon is round’. You may not have heard or played these, but most families have their own rituals of embarrassing each other. I was delighted to read of the family in David Nicholls famous novel, One Day, playing Are you there Moriarty? Hands up who has played that?

As this is the last newspaper of 2016 may I take the opportunity to wish you all a Merry Christmas and a Happy New Year. 2017 is not going to be an easy year with so much uncertainty, but we must all have a good go at making it fun and healthy. If you think you may miss us don’t forget to follow us online at www.maturetimes.co.uk and sign up for our monthly newsletter.