Home / LIFESTYLE / REVIEWS > / DVD REVIEWS / They seek him here, they seek him there. Those Frenchies seek him everywhere. Is he is heaven? Is he in hell? 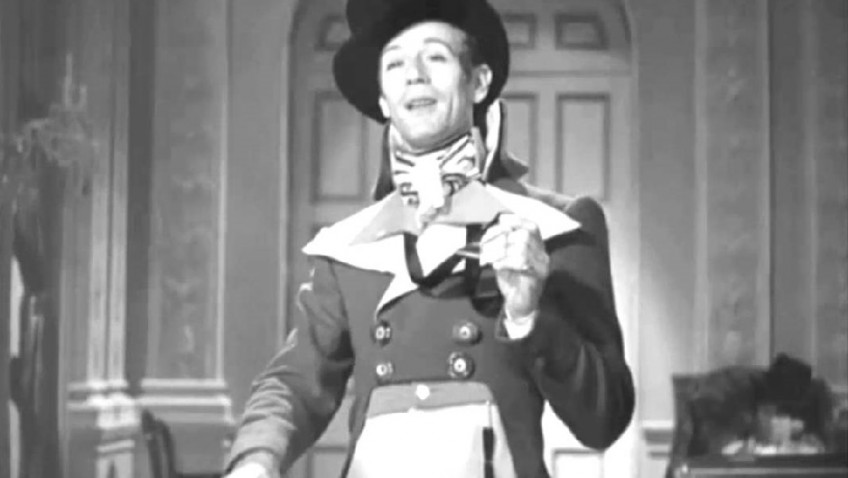 They seek him here, they seek him there. Those Frenchies seek him everywhere. Is he is heaven? Is he in hell?

THE SCARLET PIMPERNEL (Network). Baroness Orczy’s damned elusive Pimpernel first appeared on the London stage in 1905. Fred Terry’s success in the role led Orczy to write the novels. Sir Percy Blackeney is the ideal Englishman (disguised as a foolish, effete, languid fop) and his patriotic sport is rescuing French aristocrats from the guillotine. He remains the most famous fictional character in the French Revolution, even more famous than Charles Dickens’s Sydney Carton. This 1934 film made Leslie Howard’s name. Raymond Massey is perfect casting for the villainous Chauvelin.

THE RETURN OF THE SCARLET PIMPERNEL (Network). The sequel has an unconvincing and unexciting script; and without Leslie Howard and Raymond Massey in the leading roles this romantic melodrama is a non-starter. Sir Percy Blakeney (Barry K Barnes) rescues his wife (Sofia Stewart) from her kidnapper, Chauvelin (Francis Lister) and saves her from being guillotined. Henry Oscar has authority but he is far too old to be playing young Robespierre. The scene in the rowdy Revolutionary Convention isn’t a patch on what Abel Gance achieved in his amazing 1927 silent masterpiece, Napoleon, which is being rereleased in November.

THE PURPLE MASK (Simply Media) is a 1955 Hollywood costume drama based on an old and naive French play. The Reign of Terror continues under Bonaparte. Tony Curtis is a blue-eyed, swashbuckling French royalist who does his patriotic “Scarlet Pimpernel” bit with a winning smile and rescues hordes of people from the guillotine. Curtis, 30-years-old, but still looking very boyish, doesn’t take the silly nonsense seriously; and when dressed all in purple, or all in pink, or all in green, he is a very pretty fop.

THE SIGN OF THE PAGAN (Simply Media) is a 1954 sword-and-sandals Hollywood epic with hordes of barbarians on horseback and it is directed by Douglas Sirk. The dialogue is stilted. The acting is stilted. Jack Palance is cast as Atttila the Hun. Jeff Chandler is cast as a Roman centurion of the Imperial Guard and a Christian. Will Constantinople fall? Will Rome be sacked?  Is charismatic Jack Palance a better actor than stolid Jeff Chandler? Yes, he is. And yes, Pope Leo I did meet Attila in 452. Sirk would also like you to believe that Attila, a superstitious pagan, died a Christian.

THE SONG OF SCHEHERAZDE (Simply Media). Jean-Pierre Aumont (all French charm) is cast as Nikolai Rimsky-Korsakov, the Russian composer, who in 1865 was a naval cadet on a 2-year cruise. During shore leave in Morocco he meets a dancer (Yvonne De Carlo) who inspires him to write. “I want to write music for posterity,” he says. His bare-chested, cigarette smoking captain (Brian Donlevy) is not impressed. This 1947 film is a lot of fictional rubbish and can be enjoyed as such. It ends with a kitschy oriental ballet which isn’t as kitschy and certainly not as erotic as Fokine’s Scheherazde which Daighilev produced in his sensational Ballets Russes season in Paris in 1910.