Home / NEWS / Nothing for free 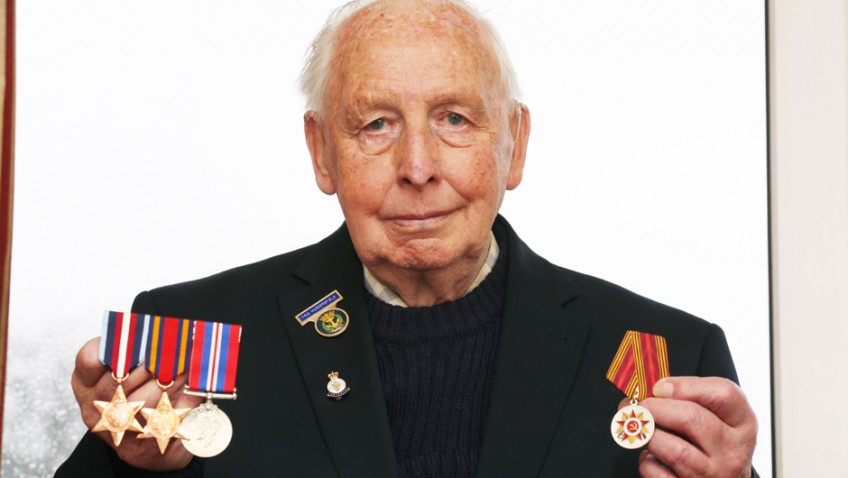 A war veteran left devastated after five of his Second World War medals were stolen has received a free replacement from Russia but had to PAY the MOD to get a new one.

Geoffrey Mellor, 89, was given the medals for risking his life protecting shipping convoys north of the Arctic Circle during the 1940’s war.

Tragically, Mr Mellor had only received his valuable Arctic Star 68 years after his 19th birthday and there are less than 200 veterans who were on those Arctic convoys. Other medals taken in Mr Mellor’s 2014 burglary included a 1939/45 medal, the Burma Star and a Russian medal that was presented to him by the Russian Embassy over 20 years ago.

Fortunately, Mr Mellor has been able to receive replacement medals; however, he was shocked he had to pay for the British medal after he had been given a Russian replacement for free – with a letter signed by Russian President Vladimir Putin.

Mr Mellor, a father-of-two, said: “I was given a free replacement from the Russians and even got a letter signed by the Russian President.

“But I had to pay a total of £124 to the MOD which was just unbelievable.”

Despite the payment he had to make, Mr Mellor is pleased he has now got replacement medals as his originals have never been recovered.

He said: “I didn’t like going to functions with nothing to wear on my chest.

“Having replacements is not the same as having the originals but I’m pleased I don’t have to go to veteran functions bare-chested.”

Mr Mellor was called up in 1944 and demobbed in 1946 and sailed in convoys which faced attack from German U-boats and remembers how three British ships sank.