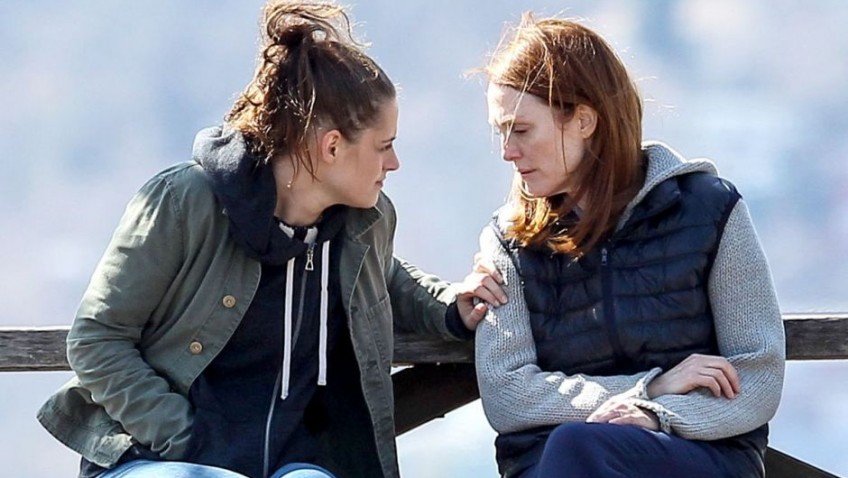 Alzheimer’s, arguably the most dreaded disease to affect the over 50s, and the condition of dementia, have, with only some irony, been far more welcome for screenplay writers, directors, and particularly, actors and actresses.

The latest beneficiary is the immensely talented Julianne Moore, the eponymous victim in Still Alice.

Two weeks ago she won the Best Actress Academy Award (to add to her BAFTA and Golden Globe, amongst others) for her moving portrayal of a successful career woman, mother and wife who loses her memories, hopes and dreams to Alzheimer’s.

While awareness of Alzheimer’s is growing along with the documented cases, Moore’s role and award are part of a relatively long tradition.

The ground breaker was the 1981 sentimental tear-jerker On Golden Pond, which handed Henry Fonda, Katharine Hepburn and scriptwriter Ernest Thompson Academy Awards. Hepburn plays the devoted wife, and Jane Fonda the estranged daughter who grapple with cantankerous Fonda’s loss of memory at their memory-filled summer home.

Another real-life father-daughter weepie, Age Old Friends arrived in 1989. Hume Cronyn’s character has to choose between life in a retirement home with a dementia-inflicted close friend (Vincent Gardenia) or life with his daughter (Tandy Cronyn). In 2001 the stage/film Director Richard Eyre gave us the biographical film Iris, in which Judi Dench won a BAFTA for her portrayal of Iris Murdoch with Alzheimer’s.

It was Jim Broadbent, however, who scooped the Academy Award for his portrayal of the long- suffering partner (and author of the underlying book).

Given the sentimental factor in this sub-genre, it is not surprising that Nicholas Sparks got in on the act with his 2004 The Notebook. James Garner’s Noah reads from his notebook to his wife Gena Rowlands in an attempt to rekindle her memories.

The Savages arrived in 2007 giving the late Philip Seymour Hoffman and Laura Linney plum roles as two troubled, middle-aged siblings struggling to care for themselves and their dementia-afflicted father.

That same year came the powerful Away from Her and a well deserved Golden Globe Award and Oscar nomination for 67-year-old Julie Christie. She is utterly convincing as an Alzheimer’s sufferer who checks herself in to a facility to avoid being a burden on her husband.

In 2011 came The Iron Lady for which the versatile Meryl Streep won an Academy Award for playing Margaret Thatcher in another biopic. While her portrayal of the Prime Minister in her heyday was stupefying, it was arguably her interpretation of the older Thatcher, suffering from dementia that removed any doubt about the award.

The first third of Still Alice shows us all that is at stake in the rich life of Dr Alice Howland (Julianne Moore), a beautiful (wrinkle-free, white teeth), fit (daily runs) and renown fifty-something professor of linguistics. Alice also has a loving, successful husband, John (Alec Baldwin), and three devoted children.

The film’s climax comes early with the revelation that Alice has Alzheimer’s. The remainder of the film shows us how Alice, still clinging to her dignity, loses everything she has worked and lived for – except, as a relatively upbeat ending suggests – love.

Still Alice might be a film about Alzheimer’s, but no one is over 58. This is not a ploy to avoid scaring away audiences with a bunch of wrinkly faces. Based on the book by Lisa Genova,

Still Alice focuses on the 5% of Alzheimer’s victims who contract the disease in their fifties. The idea of facing this debilitating disease while trying to provide for a family, save for retirement or pay off the mortgage could form the basis of a horror film.

Instead, Writer/Director team Richard Glatzer and Wash Westmoreland, ‘honours’, in the words of critical website Rotten Tomatoes, ‘its delicate themes with bravery and sensitivity.’

This is certainly true and the well-researched film will offend no one. Still, many of us who have lived with Alzheimer’s victims might question whether there is anything ‘delicate’ about it. And do we want a sensitive approach to a cruel, indiscriminate disease that is anything but sensitive?

Moore, who uses the words of actual Alzheimer’s victims with whom she spent time, evokes the terror of an increasingly isolated person watching herself lose touch with her world and loved ones.

A particularly poignant scene shows John making plans to leave Alice behind with their daughter so that he can pursue a job opportunity in Minnesota.

We realise that just two years earlier it would have been unthinkable for John to have made such a key decision – or move – without Alice.

Despite some powerful moments, the script and the direction are no match for Moore’s performance.

The plot follows the grim, irreversible trajectory of the disease, and the script sometimes resorts to clichéd shorthand to get us through it.

A nightmarish subplot arises, and is then left to languish, when Alice announces to her children that her Alzheimer’s is hereditary. We are meant to empathise with Alice, but it would be easier without that designer beach-front second home in the Hamptons and three loving children played by glamorous actors Kate Bosworth, Hunter Parrish and Kristen Stewart.