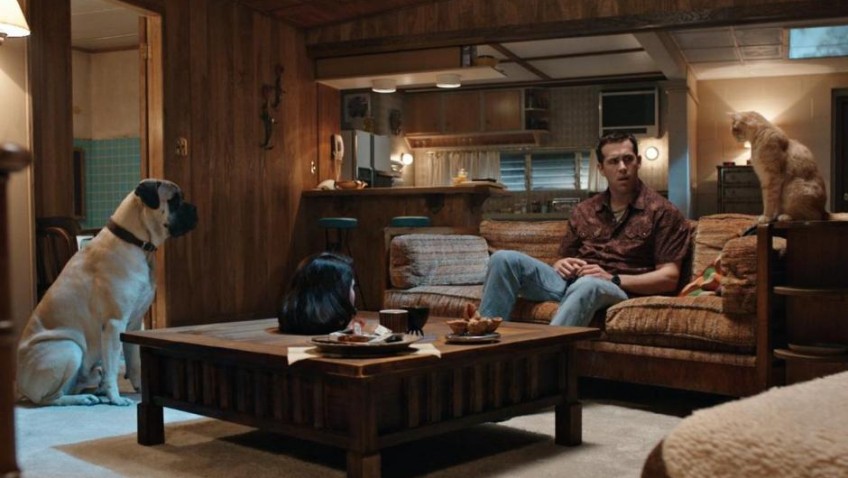 Ryan Reynolds is terrific, but this comedy-horror film that misses the mark

Whether or not you like The Voices might depend on your sense of humour, tolerance to horror and ability to overlook some questionable directorial decisions.  If you like the idea of the severed heads of young women chatting sweetly with their decapitator from a refrigerator shelf, you might love The Voices.

The Voices might be worth seeing for its curiosity factor.  For it is the second feature of Margane Satrapi, who co-wrote (based on her graphic novel) and co-directed Persepolis, an animated, autobiographical film about a middle-class Iranian girl coming of age during the Iranian Revolution. That visually innovative film is not without its dark humour and it hints of psychological scars, suicide and nightmares, all of which are present in The Voices. But you still might be asking yourself what the defiant, independent, politically engaged Iranian behind Persepolis has been doing since 2007 to interest her in Michael R Perry’s misguided script.

The reason there are not a lot of absurdist/horror/comedies (if we exclude the teen slasher movies that were probably not intended to be funny) is that it is a difficult genre to pull off.  For a while it looks like Satrapi and Perry are going to succeed.  Jerry (Ryan Reynolds) is new to the all-American town of Milton and to his job. He is trying a bit too hard to fit in with the plumbing factory staff.  It’s all pink uniforms and pink equipment and friendly colleagues who do their best to make the awkward newcomer feel welcome.  Jerry has his eyes on fun-loving Fiona (Gemma Arterton), a sexy, outgoing British girl and, all gung-ho enthusiasm, he is delighted to be helping her organise a company barbeque.

Still, there is something odd about Jerry.  His state-appointed therapist, Ms Warren (the wonderful Jacki Weaver), asks him if he is taking his ‘meds’ and enquires about the voices.  Jerry lies on both counts and tells Ms Warren that everything is going well.  Ms Warren might be overworked, but she seriously underestimates her patient’s psychopathic tendencies.  Home for Jerry is a dark, squalid flat above a bowling alley, which he shares with Bosco, his dog, and Mr Whiskers, his cat.  They are singular pets because they talk, or at least they talk to Jerry, acting like the two sides of Jerry’s personality that give him conflicting advice.  Bosco is Dr Jekyll and Mr Whiskers is the Mr Hyde.

When Fiona stands him up on their first date, our feelings of sympathy for Jerry, sitting alone in an empty Chinese restaurant, are tinged with anticipation as we wonder how he will react.  All seems forgiven when Jerry finds Fiona hitchhiking in the rain and welcomes her into his car with no questions asked. Nonetheless, Fiona does not make it to their destination: a popular restaurant she proposes on the outskirts of town. Instead, she ends up being butchered in the woods, her fate foreshadowed when a deer is impaled on Jerry’s fender in a scene that is, one suspects, intended to be funny in a shocking kind of way.

Filling the void after Fiona’s disappearance is Lisa (Anna Kendrick) ‘from accounts’, delighted to have a chance with one of the few cute, young men in the factory.

When Jerry is out of control, we are not as frightened as we should be and nothing could make us feel like laughing. What we feel is repulsion.  Then the tone changes and we find the victims’ heads chatting away in the refrigerator, giving Jerry advice, like abused women who are always making up with their man. A stab at explaining the origin’s of Jerry’s illness comes in the form of clumsy flashbacks.

We witness horrific glimpses of child abuse from his father and also from his suicidal mother who asks him to put her out of her misery in manner that is, by now, familiar to us.   These flashbacks are clichéd, deadly serious and sickening.  They are also redundant, as Ryan Reynold’s performance is so good we factor all this into the character we are watching.

There are some noteworthy directorial errors that detract from the film’s impact. Satrapi shows us the gruesome clutter in Jerry’s flat far earlier than she should.  Once we’ve seen them, we cannot share Lisa’s horror at stumbling across them for the first time, and there is nothing new for us to discover with Ms Warren.

Moreover, little is done to differentiate between what Jerry sees when he is off his meds and the shocking reality of his life which he would see when he is taking his medication.  The highly stylised set design reminds us that we are watching a dark comedy and removes us somewhat from the action. But a cathartic scene snaps us back to reality when the emergency services, responding to a fire, witness what we have been asked to laugh about for over 90 minutes. Here, at this dramatic night time ending, the tone needs to remain realistic, but the film goes into a zany, brightly coloured musical number with Jesus taking Jerry up to heaven. It is beyond tedium and poor taste: it is dreadful.