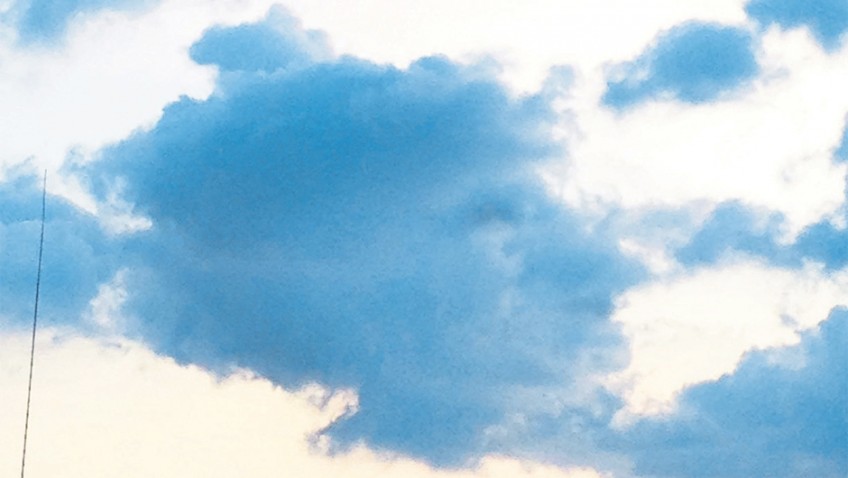 Pubgoers were delighted to see the Queen reigning over them as this image of her head appeared – in the CLOUDS.

The monarch was clear as day as her portrait came to life – looking almost identical to the iconic image plastered on the back of a ten pence piece.

She made the surprise appearance recently, and seemed to be keeping a close watch over the world as new Prime Minister Theresa May spent her first few days in office.

Roger Shuttle, 45, was enjoying a cold beverage at the Red Lion pub in Horseheath, Cambs., when he watched the clouds come to life in front of his eyes.

Roger, a dad-of-two, said: “I couldn’t believe it, I was just looking out into the sky as you do, when this cloud appeared.

“As soon as I saw it, I realised it looked identical to the Queen. I was with my mate and he agreed.

“We even got some cash out and compared the two, it was uncanny.”

The distinct shape of Her Majesty can be seen in the cloud’s formation, with a clear neckline, eyes and nose standing out from the profile.

Her hair do is also spot on, as if her trademark look has been specially styled for the occasion.
Roger, who runs a dairy, immediately took a picture of the cloud before it disappeared.

He said: “I got my phone out to prove it wasn’t just me seeing things. Seconds later it was gone.

“It was like she’d turned up to check everything was going OK before going again, I guess there’s been a lot going on in recent weeks so she’s got to be keeping an eye on things.

“I can’t stop watching out for other people in the clouds now, you never know who might turn up.”