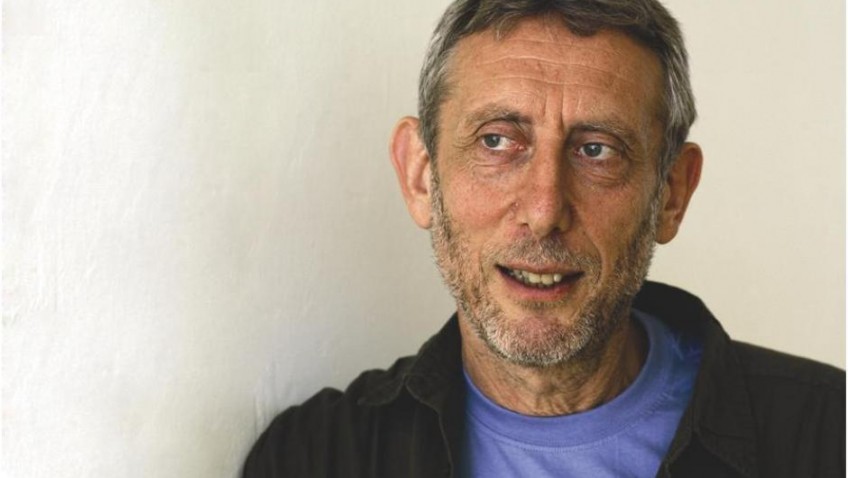 Author and poet Michael Rosen chats to LAURA HEADS about his most famous book We’re Going on a Bear Hunt as it turns 25 years old this summer.

When you say the name Michael Rosen most parents will immediately think of the book they raised their children, or grandchildren, on.

The interactive We’re Going on a Bear Hunt holds a special place in many a family’s heart and incredibly turns 25 this year.

The 32-page book became a childhood staple soon after it was published in 1989 with families up and down the country taking part in the rhythmic tale of intrepid adventurers on their quest to find a bear.

But the book goes back much further than that, after the story took on references to a well-known Brownie song from the 1960s and 70s.

Michael, 68, said: “Older people, especially women, practically know it as a song they used to do in Brownies called ‘Lion Hunt’

“Ladies who were that age in the 60s and 70s and at brownies would bang their legs to it, and I believe it was also sung at summer camps in America.

“It existed as a joke come serious rhyme, I used to perform it in my own way with funny noises and faces.”

But one day commissioning editor David Lloyd heard Michael perform his poem and quickly formed the idea for the book.

“David saw me do it and said that would make a really good book so told me to write it down.

“But the problem was when I sat down to write it all the noises I was using didn’t work, so I tried to work out onomatopoeias for them.

“I had only done 16 pages and they loved it so much they wanted 32, so I came up with more scenarios, I think I created the forest and the snow storm among others.”

The book was illustrated by Helen Oxenbury, who lovingly created five characters, two children, a baby, their dad and a dog, who set off in search of an elusive bear.

It has sold more than eight million copies in 18 different countries and has often been dubbed the ‘ultimate join-in book’.

But the modest author admits when the book was first published he did not understand the hype, or get why people were going on a bear hunt.

It was only as time crept on and Michael began to see children’s reactions to his creation that he realised its beauty.

“I had no idea it was going to last this long.  I don’t think I understood the book when it first came out. I didn’t relate the rhyme to Helen’s pictures.

“I didn’t read and understand the book when I first looked at it. I only started to get it when people started talking about why they liked the book.

“I was very naïve. I didn’t see that what she had created was a family drama,” he said.

And family man Michael says although he has not chosen to raise his kids on the book, his children have each come across it.

“I didn’t impress is on my children but they kept coming across it at school. Children would run up to them and ask if I was the author.

“It’s surprising the joy on kids’ faces is still the same whether they know it or not.

“It’s just a lovely story that kids really enjoy joining in with.

“I guess with young children it could be the equivalent of wheels on the bus, with the words and the actions.

“Other songs don’t seem to have any drama. When I was young it was ‘Hole in my Bucket’, and the ‘Old Lady who Swallowed a Fly’.

The book is set to launch a stunning anniversary paperback special and for the first time ever a sound-chip book will also be released in the Autumn.

There will also be live events throughout the year to celebrate the extraordinary publishing phenomenon, including a Guinness World Record Title attempt for the Largest Reading Lesson, to raise money for Read for RNIB Day on July 15.

We would love to hear from you which book you really enjoyed in your childhood and why?  The best submission will receive a Mature Times pen set.