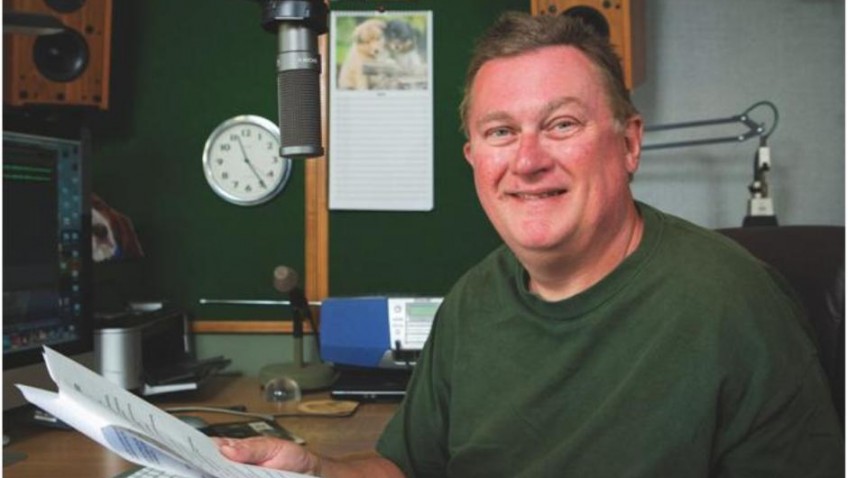 A local BBC version of The Archers which is scripted and voiced by just one man has come to an end after 40 years on the airwaves.

Gerry Hughes, 58, started his one-man soap opera Acrebury for hospital radio in 1974 before it moved to BBC Radio Wiltshire in the 1990s.

He has recorded more than 2,000 episodes from his bedroom, juggling the voices of more than 85 characters at a time to create the fictional gossip-filled Wiltshire village.

But the retired music librarian has aired his final episode, ending 40 years and tens of thousands of hours of rural scandal and drama on the airwaves.

Talented Gerry said: “During the BBC years there were an awful lot of characters. I counted 85 at one point.

“For the female voices, I would go to a higher pitch and then if I go to the back of the throat and ‘age’ it, I have the mother of that character.”

“But I think I will be glad for the rest when it is all over.

“I think I shall always wonder what the residents of Acrebury are up to – who has been born, who has died, what everyone is up to – but I think they wil go on living their lives somewhere.

“The 40th anniversary seemed like a good time to bring it to an end, and start living life in the real world.”

Acrebury started in 1974 as a weekly serial in Swindon Hospital after Gerry was persuaded to join the broadcasting society by one of his old teachers.

After a nine-year break due to ill health Acrebury reappeared on BBC Radio Wiltshire – where Gerry worked as a music librarian – when bosses suggested it should replace a popular daily science fiction serial in 1994.

At its peak in the mid-90s it was the most listened to show on the station, attracting 4,000 listeners a day from as far a field as the the Channel Islands.

Every one of the 2,147 episodes has been written and produced by Gerry who records the voices of each character before mixing them together and adding sound effects.

Running through his favourite characters – complete with voices – Gerry is equally able to create gruff male villagers as he is able to hit higher tones for delicate female characters.

Gerry, from Chippenham, Wiltshire, said: “I very much like Fred Partridge because you can do what you like with him.

“He’s a proper old strong Wiltshireman he is. He is obnoxious and that’s what I like because I like to think I’m not actually obnoxious.

“Berry Barrett, she’s a lovely dear old warm granny figure and she’s 85 and her sister would be Carrie and she’s a little bit more broad.

“But if I take the high pitch back up again and make it a little bit older and give her a little bit of class I’ve got Dorothy Cotterill, but then Linda Harcourt, she’s a little bit deeper so she’s got this sort of sexy husky type of voice.”

Gerry, who is single, acknowledges his show is often compared to the BBC Radio 4 show The Archers – but reckons his is all the better for its Wiltshire roots.

“I suppose the comparison is bound to be made because Acrebury was long-running like The Archers and it is based in a country village,” said Gerry, who holds the Guiness World Record for the longest running one-man soap opera.

“But I like to think of it being a Wiltshire story, with Wiltshire characters, because I think Wiltshire is as colourful as the Midlands where The Archers is based.”

The final 10-minute episode on BBC Radio Wiltshire has been timed to coincide with the 40th anniversary of the show.

The last episode is set to resolve some of the old cliff hangers – like who shot Major Harcourt.

“When I sat down to write these episodes they just came very easily,” said Gerry, who retired from his librarian job in March.

“The village, like real villages, has moved with the times and there were mentions of Facebook, and people answering their mobile phones, and also a young lad whose every second word was ‘awesome’.”

Gerry said the thing he will miss the most when he hangs up his microphone is the characters.

“Although it’s a lonely existence doing it, it’s the characters that keep me company,” he said.

“I think the characters are as real as they can be to me. Some of them I love, some of them
I hate, but then that’s the same with people
isn’t it.

“The nice thing about working by yourself is you don’t have to worry about anyone else. There are no artistic differences, well only with myself, but that’s another story.”