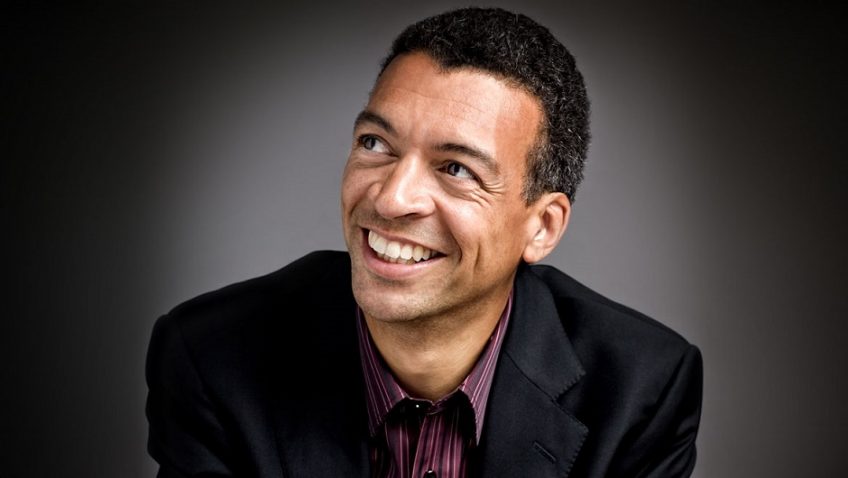 It was the thrill of being taken on a gripping, chilling winter journey in Winterreise last November that elicited rapturous applause for baritone Roddy Williams and pianist Chris Glynn. This time, Williams, Singer of the Year for 2016, is performing Schubert’s earlier extended song cycle, Die Schone Mullerin – the miller’s beautiful daughter, composed in 1823 when Schubert was 26, four years before Winterreise and likewise based on poems by Wilhelm Muller.

Again, the singer must assume the persona of the youth, this time a young journeyman miller, whose tale takes us along on his emotional journey from sunny, carefree, optimistic days, through the delirious joys of young love and hope, to jealousy, rejection, deep despair and tragedy. The miller’s daughter prefers, not the pallid youth, but a jaunty hunter!

Throughout 20 songs, many in simple strophic form with lilting, catchy melodic repetition, we follow the young man’s emotional journey, though the more raw, intense, involved and protracted drama of the physical journey through nature and the elements in the 24 songs of Winterreise is lacking. This tale is, perhaps, a little less mature and meaty, the youth a little more weedy, the drama a little less intense, the accompaniment a little less diverse and involved. After all, Schubert did rate Winterreise highest. All the same, Die Schone Mullerin, the earliest of extended song cycles, remains a pinnacle of German Lieder and much loved, while Williams’ magnetic charm, nuanced sense of drama and communication, and his sensitive range of dynamic and tonal colour ensure this performance, too, merits much stamping of feet and clapping of hands – though Williams does admit that this foolish, rather soppy youth is a little tough to fully identify with.

For this first airing, Williams, first Singer-in-Residence with Music in the Round, accompanied by Iain Burnside, takes advantage of the unique intimacy offered by the Crucible Studio’s in-the-round construction to take a very different approach to the performance. Partly owing, too, to still working from the score, he created more of a performance rehearsal situation and, instead of entering as, and maintaining, the persona of the youth, tonight’s entertainment became something very different – an evening of music, interspersed with anecdote – which the audience loved and devoured.

Breaking the songs into short sets and moving his lectern around the circular space, Williams added colour and insight into the progressive motivations and feelings of Schubert’s naive youth by revealing never-before-told secrets and confessions of his own. Just as the youth confided in the little brook, so Williams talked to the audience about the life and loves of Roddy Williams, from inept schoolboy stumblings and crushes to love rivals of Magdelene days, of skiing fiascos, useless, scraped messages in the snow and the heart-ache of a self-pitying cycle ride to Cheltenham (and – unintentionally – back.) Delivered in characteristically rich and engaging tones, his light-hearted humour, affable charm and relaxed intimacy went down a treat. (At other venues, of course, this approach won’t be used.)

The anecdote and humour obviously do interrupt the flow of the mood and pace of the youth’s emotional journey, but, with Williams’ tales pinpointing insights into the youth’s feelings, the words, music and expert delivery quickly re-establish the mood. Particularly moving are softer, slower songs like Tranenregen, where tears fall like rain, while the silence in the auditorium following the final song, the lullaby of the brook as it welcomes the youth to rest in eternal peace, is testament to Williams’ compelling artistry and commitment in every word and note.