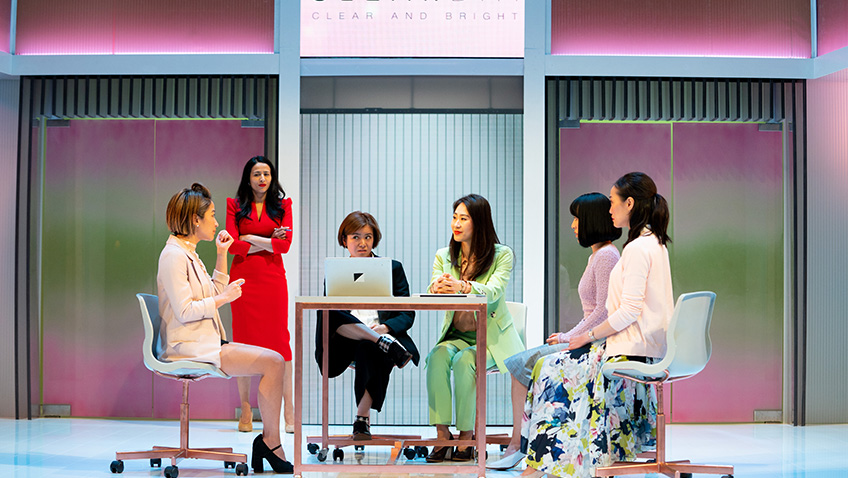 Anchuli Felicia King, the author of White Pearl, is a multidisciplinary artist of Thai-Australian descent who works primarily in live theatre. Her 85-minute play, directed by Nana Dakin, is a black comedy, a satire on the cosmetics industry and the racism within an East-Asian ethnic group.

Women, the industry argues, need beauty products in general because all women hate the way they look. Clearday, a Pan-Asian cosmetics firm, based in Singapore, make White Pearl, a cream to make skins whiter, and their target audience are women who are ashamed that they are not whiter. 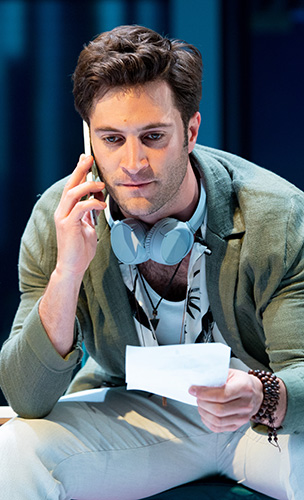 The firm is attacked on social media when a stolen Chinese racist joke video goes viral. The joke is the white skin goes black and the person’s hair turns afro. The logo is in bad taste, too: “Use White Pearls twice a day get twice as white. Stop using White Pearls get twice as black.”

Later, a chemical consultant warns them that the cream which is marketed as a very clean and healthy product is neither clean nor healthy and is using an illegal dosage of bleach.

King increases the racial tensions between the Westernised and Homeland Asians.

The Westernised are an Indian-Singaporean (Farzana Dua Elahe) who heads the firm and lords it over everybody, a Thai-American (Kae Alexander) in a dodgy relationship with a Frenchman, and a Chinese-Singaporean (Katie Leung).

The Homeland are a Japanese (Kanako Nakano), a South Korean (Minhee Yeo), and a Chinese Momo Yeung), who weeps all the time, terrified of being sent home.

King has insisted the actors must have the same ethnic or cultural resonance with their character. She has also said that it is absolutely imperative that the actors cast as Homeland Asians are non-native English speakers.

She says the play will not work without the cultural multiplicity; and she is not talking just about the actors, she is also talking about the creatives and the crew members.

There is only one male in the cast, and he is white: a blackmailing French photographer (Arty Froushan) who much admires his girlfriend’s mouth which he likens to a Hoover.

Hopefully, the East-Asian communities will turn up to see White Pearl.