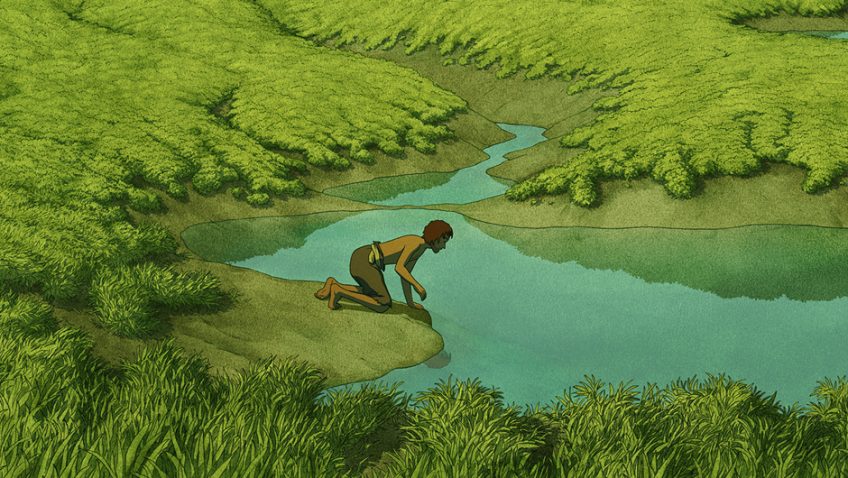 The Red Turtle is a beautiful animated feature for adults

The Red Turtle (StudioCanal) is another amazing film produced by Japan’s Studio Ghilbi, but it is not Japanese this time. The animation is by the great Dutch animator Michael Dudok de Wit and his work is as brilliant as it is beautiful. The story is deceptively simple, a sad, heartbreaking, subtle allegory, inviting interpretation but not revealing any. It feels timeless and is aimed at adults not children. There is no dialogue and it takes its time. A nameless man is washed up on a deserted island. His only companions are crabs. Every time he tries to escape his man-made raft is destroyed by a giant turtle. Why? l leave you to find out.

The Exception (Signature) is absurd World War 2 fiction with a bad script, bad direction and the two uninspiring leading actors. In 1940 hunky German captain (dull Jai Courtney) is sent to bodyguard and spy on Kaiser Wilhelm (jolly Christopher Plummer) in exile in Occupied Holland and meets one of his servants (pretty Lily James) who we know instantly is a spy but he , not being very bright, doesn’t. “Take off all your clothes!” he says, a good opening gambit. And she does. On their second meeting she gets it in first. “Take off all your clothes.” And he does. Plummer rightly plays his scenes as if he were in a Viennese operetta. And guess who’s coming to dinner? Himmler played by Eddie Marsan. ‘Allo., ‘Allo.

Berlin Syndrome (Artificial Eye). Young Australian tourist (Teresa Palmer) is in Berlin, taking photographs, when she gets picked by a young German (Max Riemelt) and they have sex. He then locks her in his flat and goes off to do a day’s work. He’s a teacher. He returns to tie her up and take pictures. She remains locked up. The door is bolted and the windows are sound proof. Is she clever enough to escape his clutches? We all know about the Stockholm Syndrome. Will the Berlin Syndrome be any different? How will this psychopath jailor/prisoner relationship develop? Will this creepy nasty psychological thriller (directed by Cate Shortland) end in romance, murder or both?