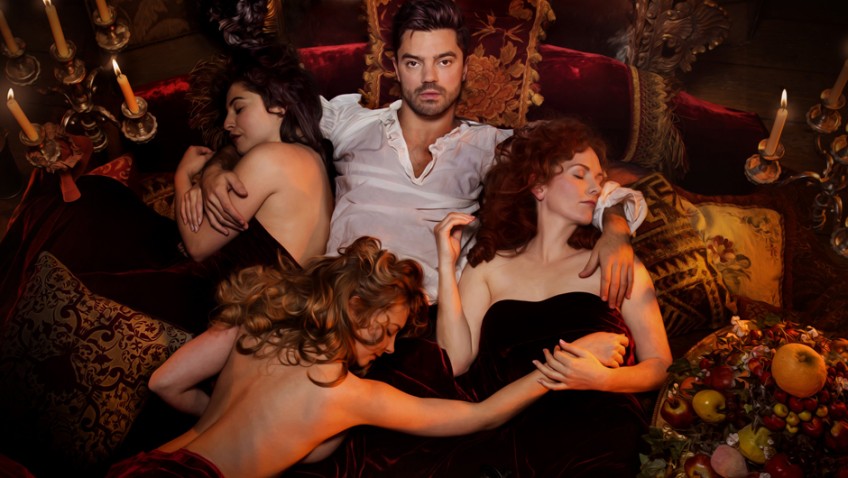 The Libertine in Stephen Jeffreys’ play is John Wilmot, Earl of Rochester (1647-1680), a notorious rake, the quintessence of debauchery, who lived his short licentious life to excess and was dead by the time he was 33 of syphilis and alcoholism. 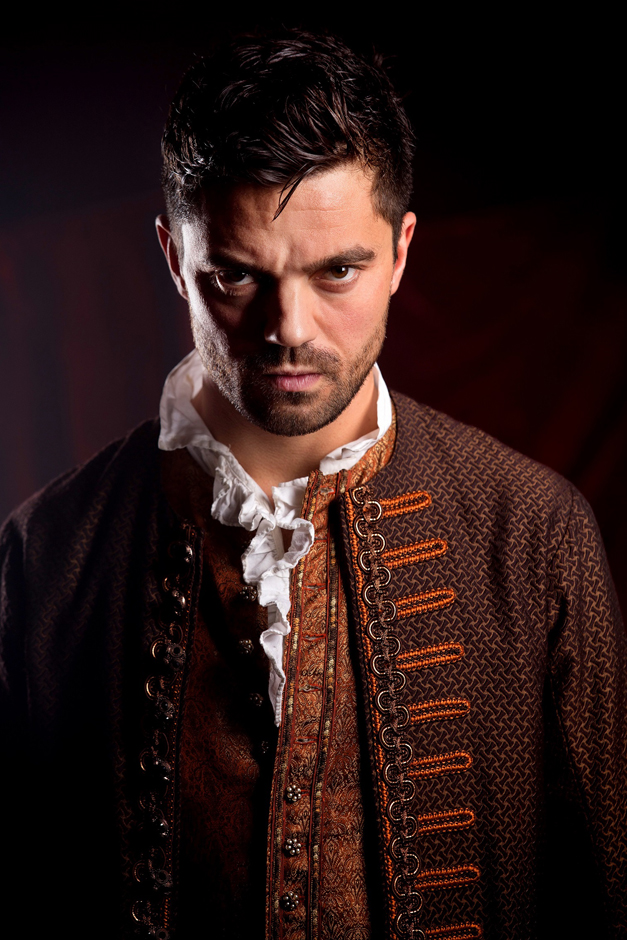 Dominic Cooper as The Libertine

After eleven long years of Puritanism, King Charles II’s hedonistic court was the perfect milieu for Rochester to shine in. The play opens with a striking and brilliant monologue in which Rochester addresses the audience direct: “Allow me to be frank. You will not like me. The gentlemen will be envious and the ladies will be repelled. I do not want you to like me.”

Rochester was the wittiest of Restoration poets. Jeffreys quotes from his pornographic verses and plays, which were unpublished and unperformed in his lifetime. His mother burnt many of them after his death.

Fortunately, A Satyr Against Reason and Mankind, The Imperfect Enjoyment, A Ramble in St James’s Park and A Satyr on Charles II were saved and finally published in the 20th century – but definitely not for the prudish.

The plays, a personal attack on the monarch for not taking his royal duties seriously enough, are outrageously vulgar and still unperformed. It is unlikely the National and RSC will be staging them very soon; though you never know.

Jeffreys has cut and rewritten the script since its premiere in 1994 with John Malkovich in the leading role. Johnny Depp played Rochester in the screen version in 2004.

It is now Dominic Cooper’s turn in Terry Johnson’s unashamedly crude revival; and it is Cooper, more than the play, who will be bringing in the audiences.

The script is still flawed and Rochester’s physical decline is not as moving as presumably it is meant to be.

There is able support from Jasper Briton as King Charles, a surrogate father to Rochester, who constantly banished him from court for his rudeness and outrageous behaviour.

Ophelia Lovibond is Elizabeth Barry whom Rochester taught to be a good actress. Mrs Barry would go on to act in plays by Dryden, Otway, and Congreve.

Mark Hadfield is George Etherege who wrote, The Man of Mode, and immortalised Rochester as Dorimant.