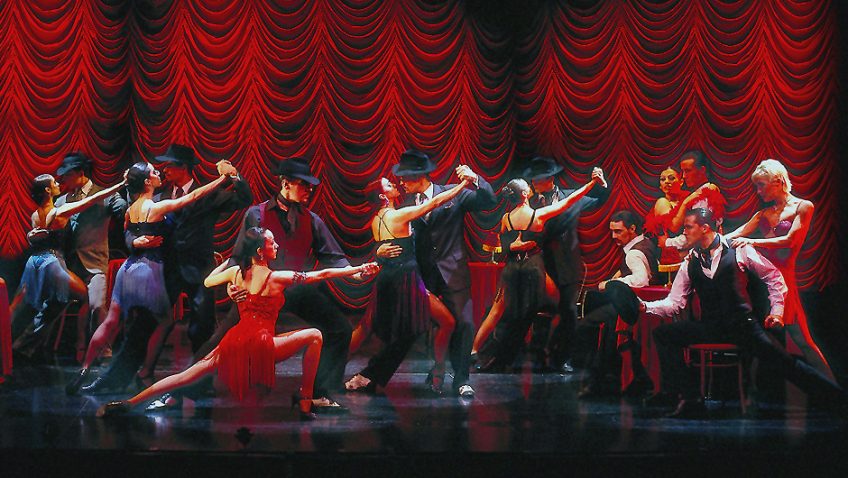 Everybody knows that it takes two to tango but nobody is certain whether the word itself derives from the sound of the beaten drum (tan-go) or from the Latin word tangere (to touch).

The dance, carnal and fatalistic, had its origins in the slums and brothels of Buenos Aires in the 1880s and it represented choreographically the sexual relation between pimp and prostitute. It was danced cheek to cheek and crotch to crotch, to a halting and hypnotically repeated rhythm, an incisive and emphatic beat.

The tango was almost invariably obscene and has indeed been famously described as “the vertical expression of the horizontal desire.”

The tango is a sado­masochistic battle of the sexes, a one-to-one combat, which always finishes with the total submission of the woman who, throwing her head and bent body backwards, waits to be ravished right there on the dance floor.

It could all end in murder; and it often did.

Tanguera, which premiered in Buenos Aires in 2002, was last seen at Sadler’s Wells in 2010. It is danced straight through without interval to an over-amplified band. The choreography is a mixture of classical and contemporary.

The women twist, turn, cling, hug, caress and curl their long legs round the bodies of their partners. It is fascinating to watch the criss-crossing, interweaving legs and the fast and the highly dangerous kicks between the dancer’s legs. One mistimed, murderous flick and shins and heaven knows what else could be lacerated.

Diego Romay was inspired by Matthew Bourne’s production of The Car Man to present tango in a Broadway musical format, but he hasn’t Bourne’s showmanship and invention and his clichéd story of love and jealousy, poorly plotted, is totally uninvolving.

It is possible to tell a highly dramatic story through tango as Carlos Saura’s film, Tango, so memorably proved.

But here there is no melancholy, no searing lament. You just wait for the next dance which is usually just a taster and over before it has begun.

The high spot is the well-drilled and exhilarating curtain call, which concentrate entirely on the dancing. If only the whole show had been like this what bliss it would have been.