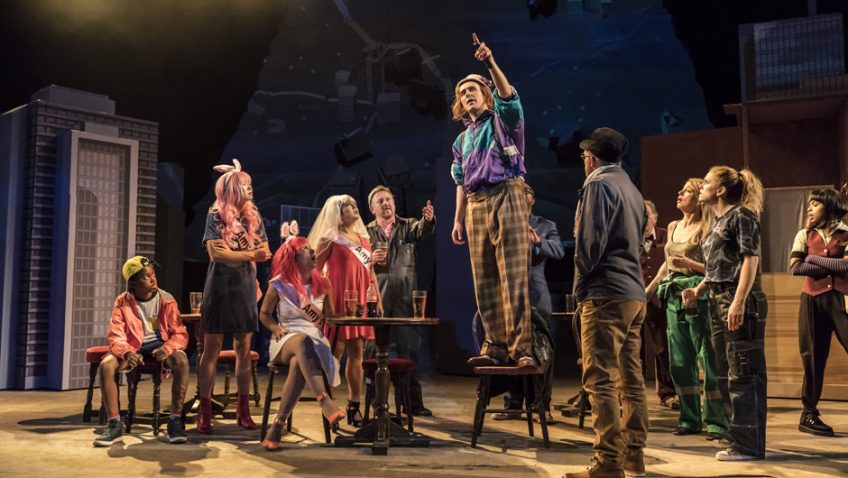 Rory Mullarkey describes Saint George and the Dragon, his epic rambling play about England, as “a new folk tale for an uneasy nation.”

Saint George, who one brought the nation together, is now liable to divide it, since he wants to drag the nation back into the past. John Heffernan in Saint George and the Dragon

But there is no going back. England has changed too much.

Turner solves the problem of how to stage the fight with the dragon by having it take place high above the audience’s heads and out of sight; but she does not solve the problem of the play itself and especially the messy last act.

Saint George, heroic defender of freedom and heroic fighter against evil, famed for his strength, courage and chivalry, was not English but Roman; and he never came to England.

It was King Edward III who made him the patriot saint of England when he founded the Order of the Garter in 1350.

John Heffernan’s George is not the knight in shining armour that Durer, Raphael, Tintoretto and Uccello painted. He is a naive and silly Monty Pythonesque ass with flowing golden locks who ends up looking like those football hooligans who have appropriated his iconic white and red cross flag

The final message of Mullarkey’s overlong and disappointing fable is that there are still plenty of dragons to kill and those that need to be killed first are the evil dragons within us.