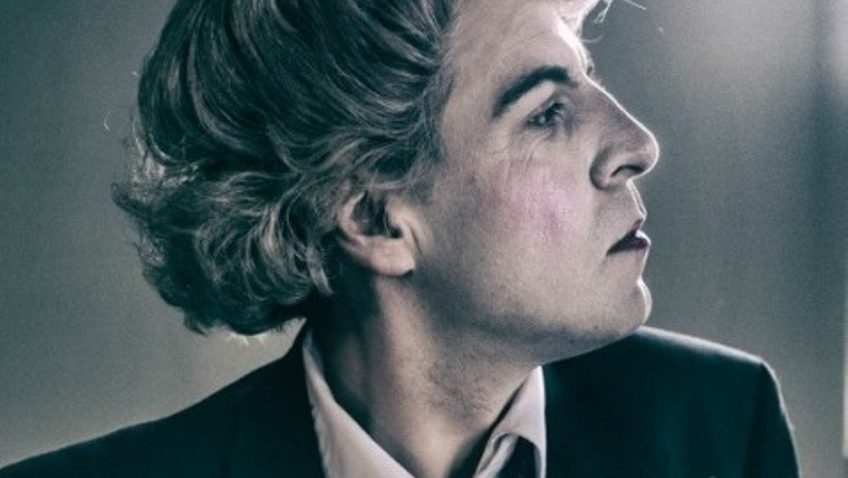 Mark Farrelly’s 78-minute witty and literate monologue, performed and filmed at Wilton’s Music Hall, Shadwell, London, is divided in two parts. In the first, Crisp talks about his life in London in the 1960s.

In the second part, Farrelly does the one-man show Crisp used to do on stage in New York in the 1990s. He lived in Manhattan, in a tiny bed-sit, in permanent squalor and poverty in a room, surrounded by piles of books. Asked what he attributed his longevity to, he replied, ‘Bad luck!’

Crisp used to describe himself as one of the stately homos of England. In his youth, because he did not bother to hide his effeminacy, he was constantly beaten up by roughs (‘I seem to have annoyed you gentlemen in some way’) and harassed by the police (arrested for importuning and acquitted). Even his own kind rejected him, preferring to remain discreet and in the closet.

In his old age Crisp was feted and honoured, admired for his courage, honesty and such witty aphorisms as ‘If at first you don’t succeed, failure may be your style.’ He was an authority on style and camp.

Crisp admitted he had no talent but to be himself. His only passion was people. He was an exhibitionist, always available, always on duty. He loved attention. He made a spectacle of himself. He wore make-up and dressed and behaved flamboyantly so that the whole world could see he was homosexual. Yet he hated being gay and rejected the gay lobby. He didn’t like sex and dreaded intimacy ‘Sex’, he said, ‘is the last refuge of the miserable.’

Mark Farrelly’s paean will whet the appetite for many to see The Naked Civil Servant again.You can find out more by following this link.