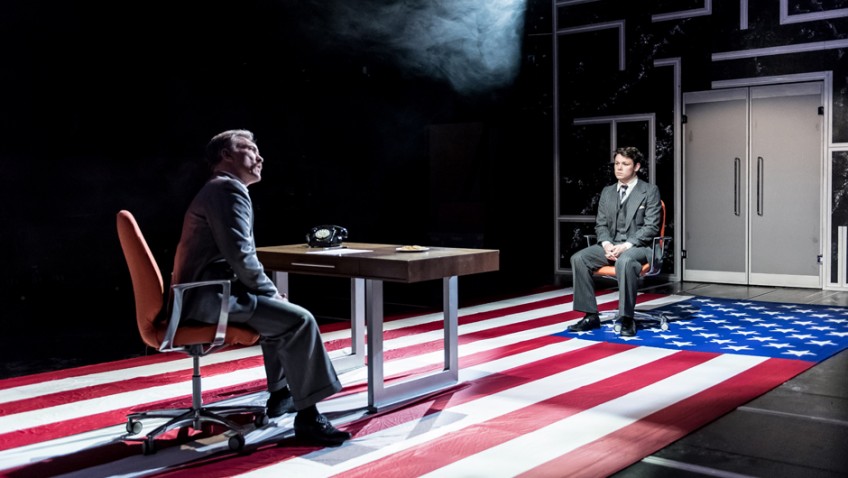 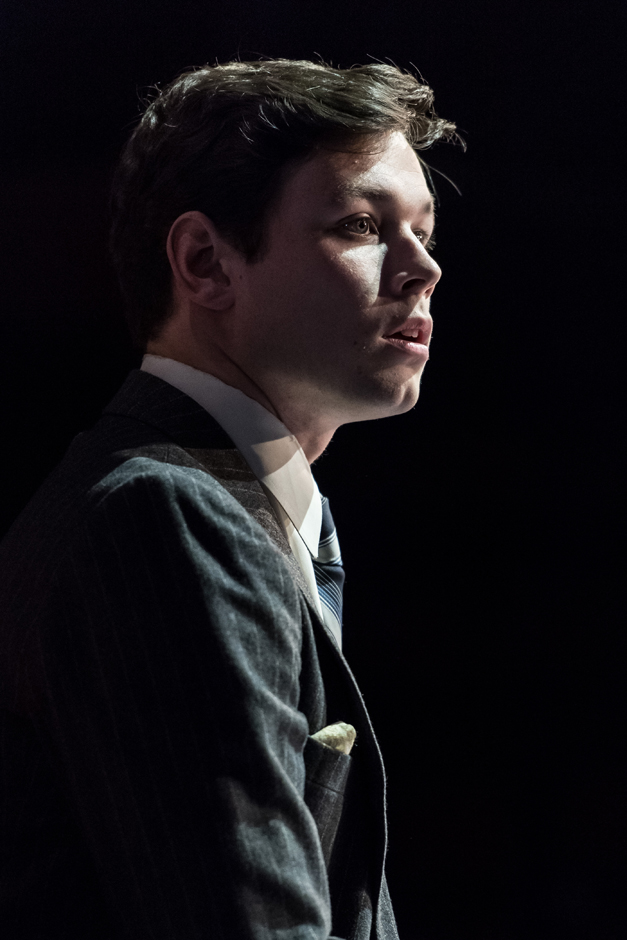 Beth Steel is the author of Wonderland, a story of the miners’ strike in 1984 and 1985, which played to full houses at Hampstead in 2014 and won her the Evening Standard’s award for most promising playwright. Ed Hall’s epic production carried a strong emotional punch.

Steel’s latest play, Labyrinth, painstakingly researched,  is about the Latin American debt crisis in the 1970’s and 1980’s in which everybody, bankers, financiers, politicians, countries,  end up, financially and morally, bankrupt.

The new play doesn’t have the emotional impact of Wonderland. But once again it is the production which is the play’s forte

A very young man (Sean Delaney), barely out of college, lands a job as a trainee in an international private bank. His innocence is gradually corrupted by his greedy and blatantly dishonest mentor (Tom Weston-Jones), who boasts, “Money has never been so cheap. It’s practically free.”

Everything has its price. They sell dubious loans, worth millions of dollars, to developing countries – Mexico, Brazil, Argentine. Greed is good.

The young man is so innocent he does not know Pinochet is a dictator; nor does he care.  His dead father (Philip Bird) returns to haunt him.  Will he, too, like his dad, end up in jail?

Sean Delaney, recently out of drama school, is impressive. He has a whacking role and has to carry the play. In the curtain-call he looked all in.

Anna Ledwich’s production on a traverse stage has plenty of energy. The actors are kept

constantly on the move.  John Ross, the movement director, at one point, takes his inspiration from the macabre The Day of the Dead which is celebrated in Mexico on November 1 and 2.

I am surprised no choreographer has turned Diego Rivera’s amazing 1924 Mexican mural painting of The Day of the Dead into a one-act ballet.