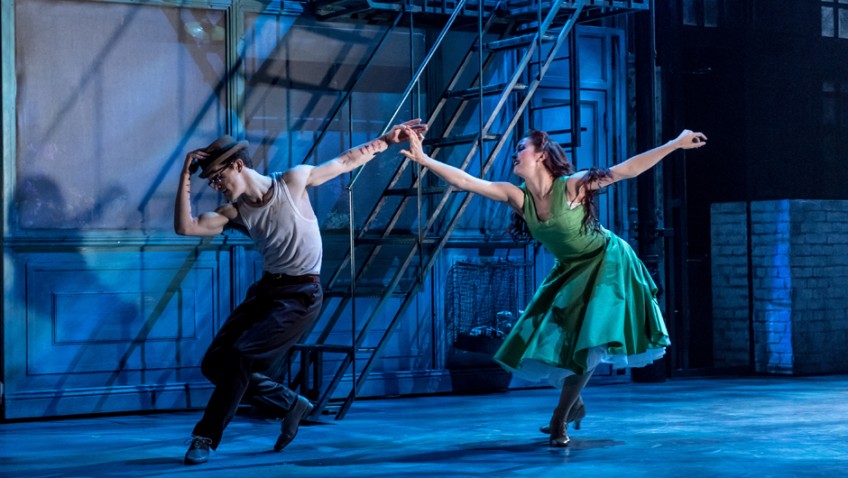 Dr Jekyll and Mr Hyde, a dance-drama by Drew McOnie

Robert Louis Stevenson’s The Strange Case of Dr Jekyll and Mr Hyde, first published in 1886 and never out of print since, has had many interpretations, Freudian, Christian and gay; and the actors who have played the dual personality have been legion.

Richard Mansfield and Frederic March remain the most famous. It made Mansfield’s reputation in London in 1889. March, who acted in the 1931 Hollywood film, won an Oscar.

Now it is choreographer Drew McOnie’s turn. Jekyll & Hyde is The McOnie’s Company’s first full-length two-act dance-drama. The show will appeal to a Matthew Bourne audience. The most famous of all double acts is one person and here he is played by two clever dancers, Daniel Collins and Tim Hodges

McOnie has taken the Gothic horror out of the foggy nocturnal lamp-lit Victorian era and located it in the 1950s.  The narrative is totally coherent. The production is smooth.  The transformation from Jekyll to Hyde is always well done. The transition from scene to scene is slick. Soutra Gilmour’s set is kept on the move

I have much enjoyed the choreography McOnie did for Drunk, In the Heights and Bugsy Malone; and he is on lively form here. Grant Olding’s music has tremendous energy and is very danceable.

Olding emphasises the split personality, Jekyll, who is a geeky botanist, who falls in love with a nice girl (Rachel Muldoon) gets an upbeat, jazzy score such as you might find in an old MGM musical. Hyde gets a bluesy, sinister score.

The violent moments when the two men are together will bring back memories of Fight Club. But

Collins’s Jekyll is so likeable and so funny that it is hard to believe he could actually turn into Hodges’s murderous Hyde.

However, one thing is for certain, Jekyll & Hyde deserves and will have a much longer shelf-life than its one week at The Old Vic.