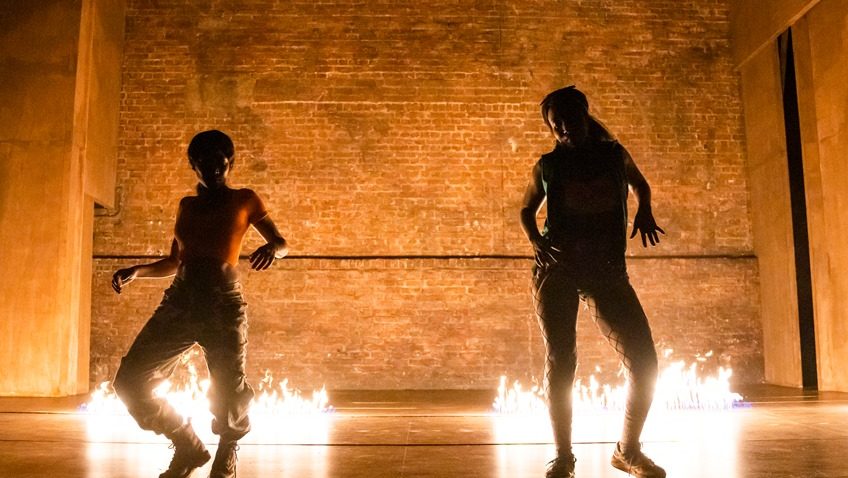 Robert Tanitch reviews Is God Is at Royal Court Theatre

American playwright Aleshea Harris has won four awards for Is God Is, including an Obie for Playwriting. She describes the work as an epic which ‘takes its cues from the ancient, the modern, the tragic, the Spaghetti Western, hip-hop and Afropunk.’

In Ancient Greek tragedies, the violence remains off-stage. In Elizabethan and Jacobean revenge dramas the violence is centre-stage. Violence is not new at the Royal Court. Think of Edward Bond’s Saved with hooligans on an estate stoning a baby in a pram to death. Think more recently of Sarah Kane and Martin McDonagh.

Two girls, 21-year-old twins, discover that their mother, whom they thought had burned to death 18 years ago, is alive, horribly disfigured, and in a care home and dying. She tells them their father set her on fire and then abandoned them, going off to start another life, as if nothing had happened.

Mum (who thinks herself God) gives the twins her order: ‘Make him dead, real dead.’ The girls journey from the Dirty South to California and discover killing is in their blood. They use a large rock in a stocking to devastating and deafening effect

They find their father is married and has twin sons. He does not regret his past action one bit. One of the boys thinks the girls are strippers and a 17th birthday present from their dad.

Violence begets violence. Ola Ince’s production has a cartoonish impact. It’s not always easy to understand what the girls are actually saying.

The playtext messes round with the typography in an alarming and explosive Vesuvius manner with big bold and small letters all over the place, and sometimes sliding down the page.