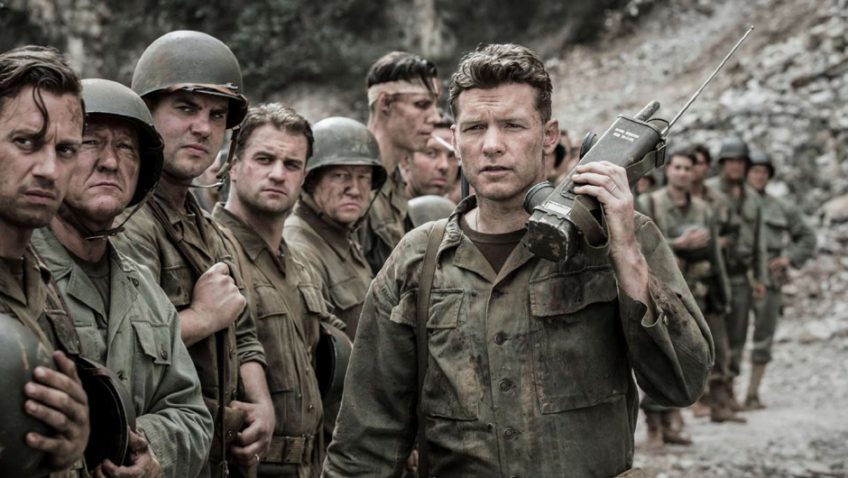 Madame De… (BFI). Max Ophüls, Danielle Darrieux, Charles Boyer and Vittorio de Sica give this 1953 French film class. A countess, a celebrated beauty, married to a general, is in financial straits and secretly sells her earrings, a wedding gift from her husband. There are repercussions. “I don’t love you, I don’t love you!” declares the heroine, a terrible flirt, to her would-be lover, an Italian Baron and diplomat. Her denial is an unmistakable declaration of love. The story is set in La Belle Époque (an era synonymous with frivolity) but Ophuls gives the aristocratic, elegant and ornate superficiality an emotional subtlety, gravitas and psychological complexity. The mise en scene is superb. The camera is very mobile and there are some striking tracking shots and especially so in a montage of society balls.

Taboo (StudioCanal). The setting for this 8-part TV series is murky, brutal, dirty London in 1814. There are lots of ugly grimy faces and so many taboos – murder, slave trade, bodysnatching, torture, incest, transvestism, cannibalism, etc, etc. The Gothic plot is overlong and complicated. Tom Hardy is a brooding, violent adventurer, a monster, back from the dead (???), and intent on making certain his shipping empire is not taken over by The East India Company, the major villain of the piece, with villainous, smirking Jonathan Pryce at its head. Jason Watkins is cast as the odious Private Secretary reporting to the Prince Regent.

Mullholland Drive (StudioCanal). Don’t play it for real until it gets real is the advice. But what’s going on? What is David Lynch up to? You may well ask. It’s a fiendishly difficult puzzle, dating from 2002; but feeling much earlier. A strange day gets stranger and stranger. There’s a car crash, then there is amnesia, followed by a triple murder and lesbianism. It’s all an illusion, just like the movies, a dangerous Hollywood erotic film noir. Laura Harris is a beautiful, mysterious femme fatale who doesn’t know who she is. Naomi Watts wants to get into movies. But she’s already in a movie.

Hacksaw Ridge (Lionsgate). Conscientious objector army medic Desmond Doss saved 75 men at Okinawa singlehanded without firing a single shot, lugging and lowering the wounded down the rock face. The extraordinary feat and the bravery beggars belief. Doss had volunteered to enlist on the understanding that he would not have to handle a gun. He had a bad time during training, constantly mocked, bullied and ostracized by men and officers. There was even an attempt to court martial him. He stood his ground. Mel Gibson, directing, does not spare the audience the horrors of the battle scenes. The carnage is not easy to watch. Doss is played by Andrew Garfield, who is appearing now in the lead role in Angels in America at the National Theatre in London.

Rita, Sue and Bob Too (BFI). Alan Clarke directed this 1987 British film. It begins with the seduction of two very willing 16-year-old girls (Siobhan Finneran and Michelle Holmes) in a car by a randy married young father (George Costigan) and then goes on to give a candid and unflattering report on life among the underclass in a notorious Bradford estate. The autobiographical script is by Andrea Dunbar, 21 when she wrote it, was dead by the time she was 29. The script was initially staged at the Royal Court, home of kitchen sink drama, in 1982 when it was admired for its truth, crude vitality and humour. The crude, light-hearted mood is summed up in the song, We’re Having A Gang Bang, We’re Having A Ball. Bradford Council was not amused.

Film/Not Film (BFI). In 1965 Samuel Beckett and the director he most trusted, Alan Schneider, both totally inexperienced in filmmaking, made a silent short film with Buster Keaton called Film. A man, wearing a long overcoat and a Stetson hat, his back always to the camera, returns to his home, a bare room. His only companions are a cat, dog, goldfish and parrot. He puts a blanket over a mirror, stares at the wall, sits in a rocking chair and tears up some family photographs. The camera doesn’t let us see Keaton’s face until the final shot. There is a second version with Max Wall, this time in colour, and no better. The only people who will want to watch Film (a very rare opportunity) and Ross Lipman’s interesting kino-essay are Beckett completists and Beckett students.