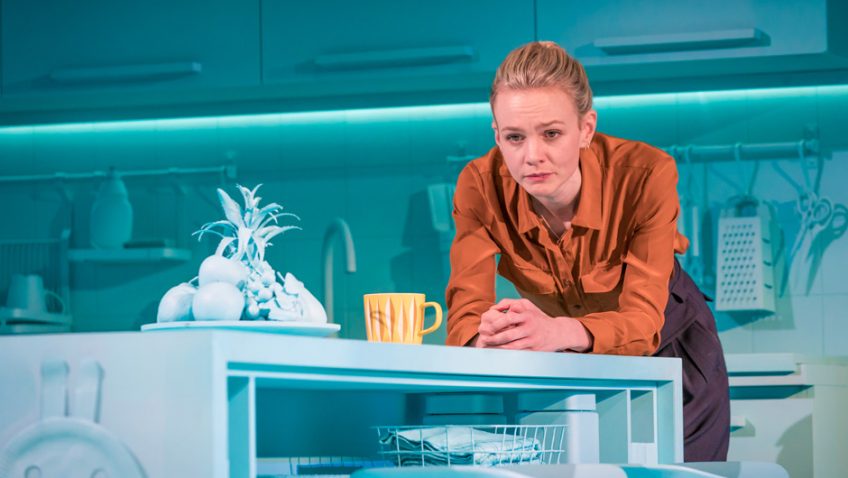 Dennis Kelly’s Girls & Boys, directed by Lindsey Turner and designed by Es Devlin, is an 85- minute monologue performed by Carey Mulligan, who, stands in a brightly lit box set and chats.

She tells us she met her future husband and the father of her two children in an airport queue when she was 25. She admired the way he dealt with two models who made a pass at him, hoping he would help them jump the queue. They were in for a rude surprise. 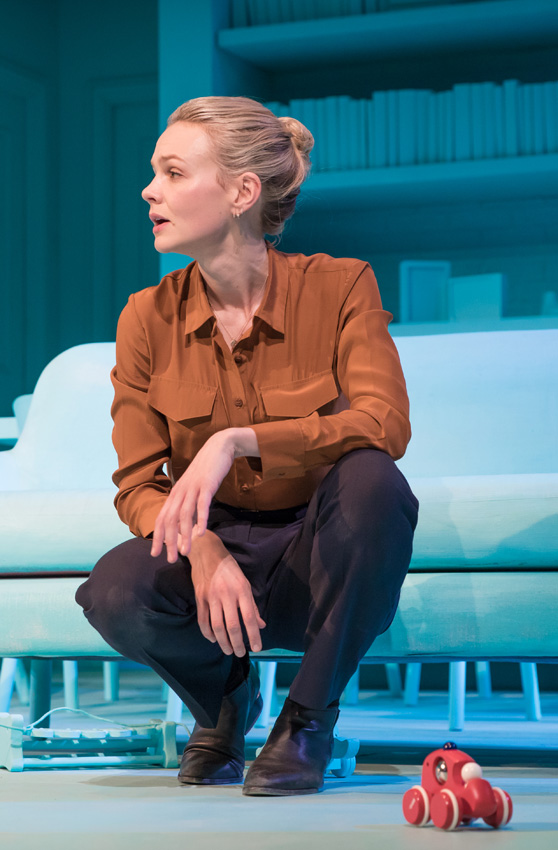 The script is so funny that it could easily be lifted out of the play and be performed as a stand-up routine on its own.

The play is written in chats, which are delivered directly to the audience, and scenes in her. living room/kitchen when she addresses two unseen tiny children, a naughty boy and a naughty girl, and an unseen dirty dog.

The frustrated-mum interaction with the children would have been perfect comic material for Joyce Grenfell in her one-woman shows, revue and radio.

Dennis Kelly’s monologue records a relationship which began on a high note and then went horribly wrong. There are four types of family annihilator: the paranoid, the disappointed, the self-righteous, and the anomic. Comedy gives way to horror.

Society has been created for men, to enable men, to empower men, for men to run and tend. Men take control and deny control to others. Violence is a fundamental part of our species. Did you know 95% of the people who kill children are dads?

The monologue is a great role for Carey Mulligan. Candid, engaging, confident, varied and always subtle, she is absolutely terrific. The audience is enthralled.

There is an extraordinary and chilling moment when she is in her home and suddenly and totally unexpectedly she addresses the audience and admits she is only acting, pretending to be talking to the children. She, like us, knows they are not really there.

Dennis Kelly is on to a winner with Girls & Boys. The monologue is going to attract actresses world-wide.