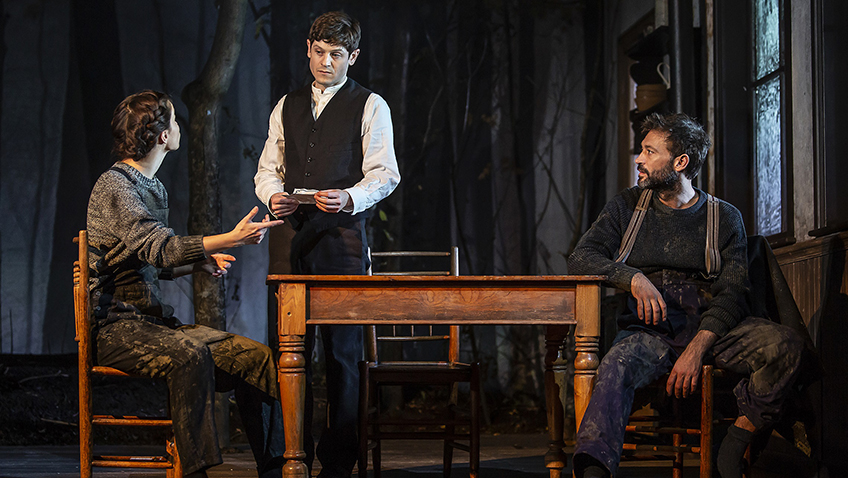 Fox hunting, the unspeakable in pursuit of the uneatable

When Dawn King’s Foxfinder, a strange and bleak dystopian rural drama, premiered at the Finborough Theatre in 2011, it won her high praise and awards for most promising playwright.

King says the world she has created is an alternate present not a vision of our future following Brexit. 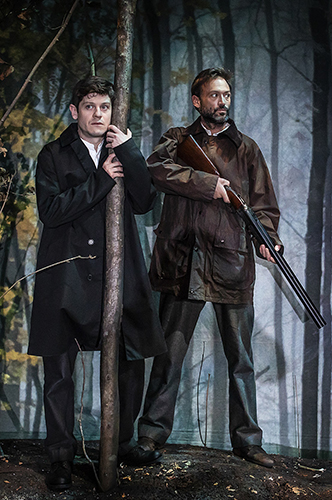 It could be argued that with Donald Trump as President of the most powerful nation in the world we are already living in dystopian times. This is the Age of Fake News and Truth is not Truth.

England is a fascist state and the nation is controlled by fear. The extreme weather has caused a crisis. The land is waterlogged. The harvest is rotting. People are dying of starvation.

Farms are being taken away from the farmers if targets are not reached. Children are being separated from their parents if the parents question or fall foul of the system.

The government has indoctrinated the people into thinking that the ills they are suffering is due to foxes.

The foxes are described as “the red beast” and those who support them are “collaborators”. But nobody has been able to find any foxes.

Iwan Rheon, whom you may have seen as the villainous Ramsay Bolton on TV in Game of Thrones, is cast as the foxfinder but is strictly too old to be playing a sexually frustrated 19-year-old. The boy is given to self-flagellation.

The foxfinder, who has been brainwashed and programmed since the age of 5, investigates and interrogates a farmer (Paul Nicholls) and his wife (Heida Reed) whose young son drowned in mud. Their farm is said to have been contaminated by foxes.

Foxfinder is being adapted for the screen. Its West End revival should help to get the film the financial backing it presumably needs.