Home / LIFESTYLE / REVIEWS > / THEATRE REVIEWS / Boy oh boy, the star-turn is not the Boy or the play but the travelator. 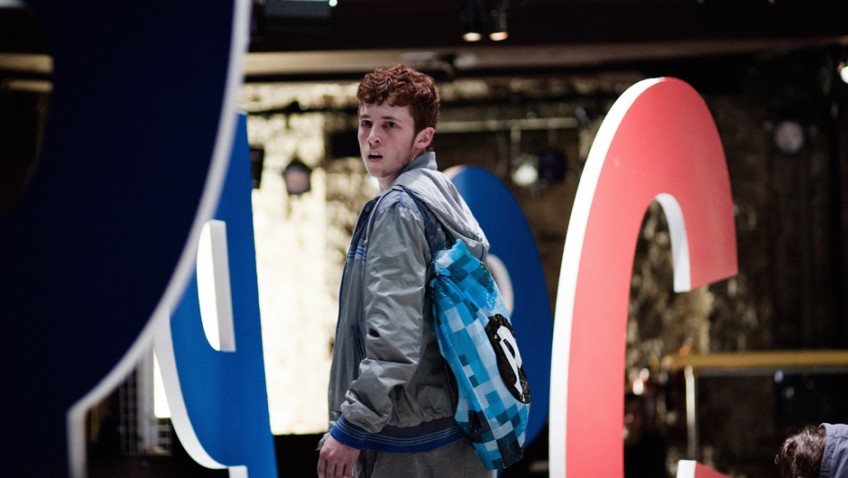 Boy oh boy, the star-turn is not the Boy or the play but the travelator.

17-year-old Liam, not very bright, just out of school, no job, no friends, no visible parents, no money, wanders the London streets.

Nothing of interest is said. Liam (Frankie Fox making his professional stage debut) is inarticulate.

The most dramatic thing that happens is that he is very nearly arrested for travelling on the underground and not paying. It’s like being in a Sushi restaurant; but instead of dishes of food, it is people and props constantly sliding past the audience who are seated in the round.

The 28 characters include policemen, schoolgirls, Polish road-workers, prostitutes, a drunk being sick, mothers with prams, a man with a dog, various cleaners, social service personnel and the homeless in sleeping-bags.

The travelator upstages everybody and the play. All the research Leo Butler did could have been put to better use in a television documentary.

Liam finally goes to a job centre.  Asked to imagine where he will be in five years, he has no answer. This is the social problem Butler wants the audience to address

But what the audience will still be preoccupied with, when they come out of the Almeida, is wanting to know how the actors are able to adopt seated positions for long periods of time when there are no visible chairs or stools to support them.