Home / COMPETITIONS / Beauty and brilliance from RHS Britain in Bloom 2018 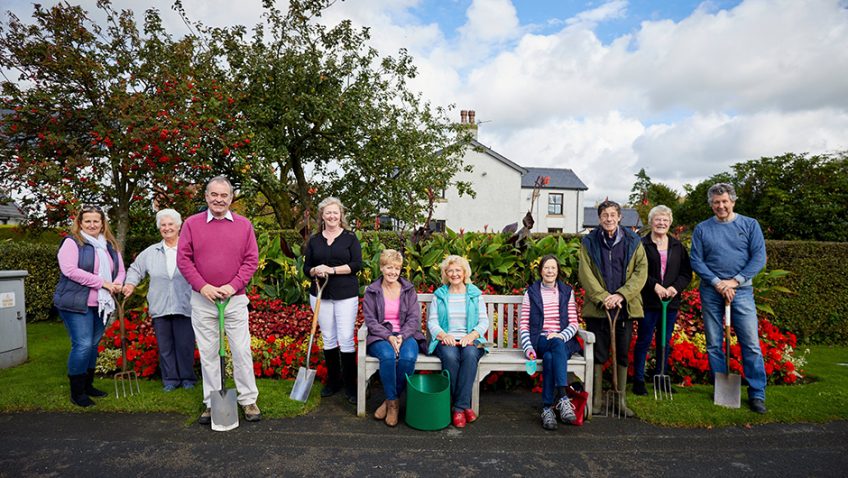 Beauty and brilliance from RHS Britain in Bloom 2018

The Royal Horticultural Society (RHS) has recently revealed the finalists in the nationwide competition that rewards environmental responsibility, community participation and horticultural achievement.

Now in its 54th year, the RHS’s 2018 Britain in Bloom competition pits rural villages, urban corners and city centres against one another across a range of criteria that includes horticultural know-how, community engagement, efforts to bolster biodiversity and climate change adaptation.

Finalists are put forward to the national final based on their progress locally and will be scored by a team of RHS national judges in the summer. 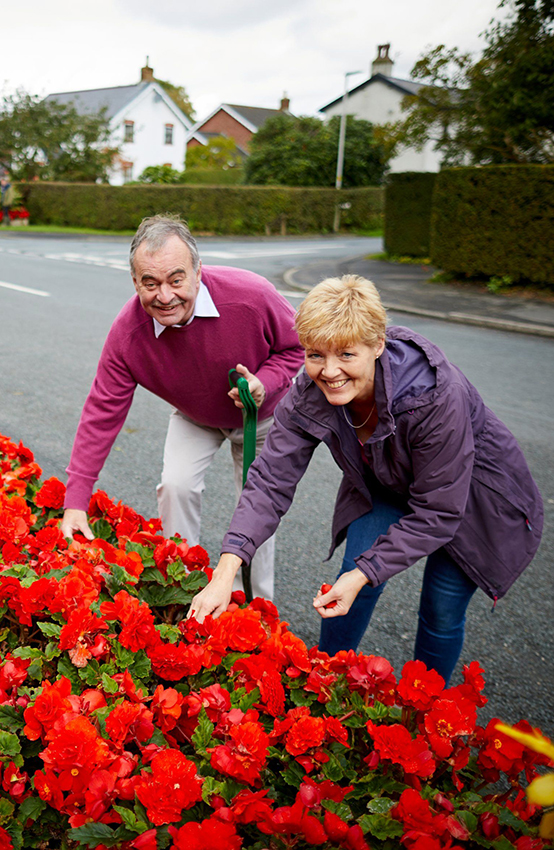 Elswick village in Lancashire, volunteers working for the village Britain in Bloom competition…Pictured Paul and his wife working on the roadside flowers

In 2018, the finalists will compete across 12 categories, with the South West laying claim to the greatest number of finalists. Seven will represent the region, including two – Sidmouth and Truro – in the illustrious Champion of Champions category.

Didsbury in Manchester, the market towns of Market Bosworth in Leicestershire and Newcastle-under-Lyme in Staffordshire, and the Welsh town of Usk, complete this year’s Champion of Champions line up.

In 2017, the category was won by the Lancashire village of Elswick, which impressed the judges with its high impact floral displays, heritage orchard and strong community support.

A new awards category has also been introduced for town and city centres in 2018, in recognition of the vital role of green spaces in urban areas and their positive impact on health and wellbeing, flood prevention and wildlife.

“Britain in Bloom groups work tirelessly throughout the year to tackle local issues and improve the place they call home. Everyone benefits from the work these groups carry out and I have seen first-hand the positive impact Britain in Bloom has in bringing communities together.”

Paul Hayhurst, Elswick in Bloom’s coordinator said: “We started entering Britain in Bloom to improve our village, which, two decades ago, was uncared for and had problems with litter and vandalism. We never expected to win and everyone was absolutely over the moon. Since then, there’s been far more interest – neighbouring areas have been inspired to set up their own groups, we’ve been invited to give talks and we’ve had lots more visitors to Elswick. It’s been incredible.”

The RHS Britain in Bloom judges will visit the finalists in August 2018 with the winners of each category and finalists’ final score – ranging from Gold to Bronze – announced at an awards ceremony in Belfast on 19th October.

For the first time, a new BBC Two series following the quintessentially British competition is set to air this spring, featuring five of this year’s national finalists – Immingham, Lytham, Shrewsbury, Tewkesbury and Usk.

For more information about RHS Britain in Bloom and to search for community gardening groups in your area please visit https://www.rhs.org.uk/communities/find-a-group-search-form