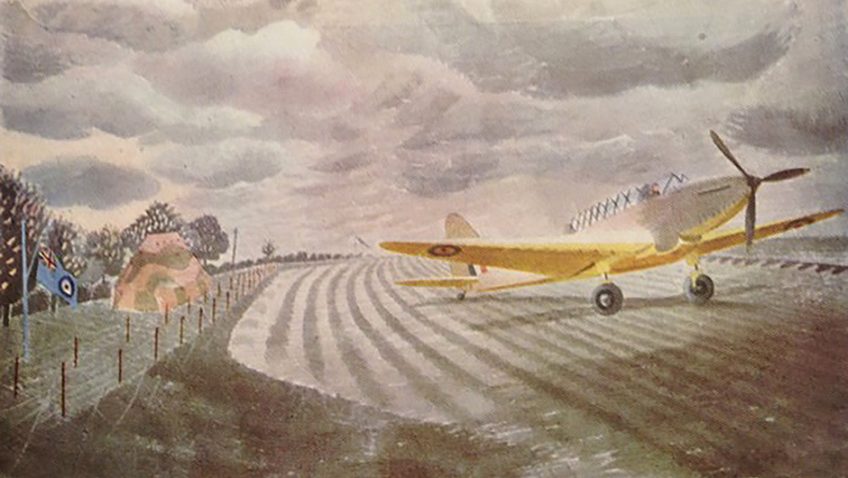 Eric Ravilious (1903–1942) is acknowledged today as a painter of rare talent and is one of the most admired and popular British artists of the 20th century. As a student at the Royal College of Art, Ravilious was taught by Paul Nash; his contemporaries include Edward Bawden, Edward Burra and Henry Moore. 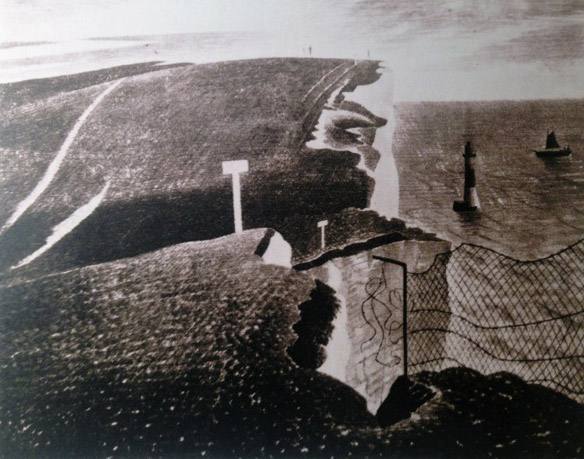 Ravilious went on to work as a painter, wood engraver, lithographer and designer throughout the 1920s and 1930s. He produced a remarkable number of watercolours in a career cut short by his untimely death in 1942, while serving as an official war artist.

James Russell, the UK’s leading authority on Ravilious watercolours, has recorded 250 works, but it is believed that around 40 are lying undiscovered or uncatalogued in collections around the world. The Hedingham Press, founded by James Russell, British art specialist Gordon Cooke and designer Robert Dalrymple, aims to publish the definitive catalogue of Ravilious’s watercolours, and are launching a public appeal to find these ‘lost’ works.

James Russell, said: ‘They might be held in private collections – even, possibly, public collections – in the UK, Canada, Australia or New Zealand. Ravilious spent his last days in Iceland, so that is also a possibility. We do believe they are out there – our mission is to find and catalogue all of the Ravilious watercolours in the world and produce the definitive book featuring them. We are appealing to anyone who has – or think they might have – a ‘lost’ Ravilious watercolour to get in touch and help us complete this ambitious project’.

Anyone with information on a Ravilious watercolour can contact The Hedingham Press by email at: raviliouscatalogue@gmail.com. All enquiries will be treated in the strictest confidence.