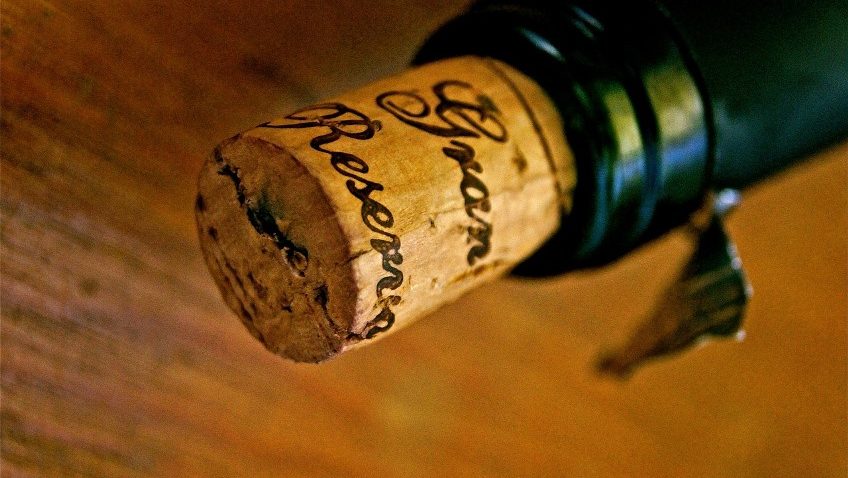 An announcement by Portuguese company Cork Supply could mean the end of corked wines. No not the final demise of the cork stopper but the end of cork taint – a chemical reaction that occurs between poorly cleaned corks and the wine in the bottle. The result is a ruined bottle and a “corked wine”.

The chemical trichloroanisole, more commonly known as TCA, results when chlorine, water and mould get into the cork wood used to make the cylindrical corks that stopper wine bottles. It is not uncommon for small amounts of mould to start growing on the sheets of uncut cork when they are left outside to mature. But this is usually washed away during the cork cleaning process. In the past the cleansing water used to have some bleach added (that’s where the chlorine came from) but it was found that just exacerbated the TCA issue.

So bleach was removed from the process – well not quite. Walls, floors and winery equipment may still be washed down with a bleach solution and if the cut corks rest on any of these surfaces then there is still a chance that cork taint can happen – in about one to two percent of cases. That may not sound a lot but when that’s one chance in sixty, and if that one bottle is your bottle of wine then it becomes a serious issue.

The new steam distillation cork cleaning technique results in a PureCork that is said to be 99.85% free of any TCA chemicals (not 100% free, that guarantee is “probably unrealistic”). This seems to be an improvement on an earlier method that used a mixture of steam and alcohol which had a 92% success rate.

Whatever method is used to clean corks (ground up cork that is stuck back together and known as Diam corks are cleansed using carbon dioxide and are claimed to be completely free of TCA) it is a massive improvement on the situation at the turn of the twenty-first century. Then it was estimated that up to 15% of all wines were ruined due to cork taint.

The cork growing countries of Portugal and Spain have really got their act together since then and the move from cork stoppers to screwcap seems to have slowed down – data from 2016 shows that 64% of all the world’s wine still uses cork, with 25% under screwcap and the remaining 11% using plastic corks.

So is it the end of that damp dog smell that indicates a corked wine? I do hope so but if you do happen to come across it then it is within your rights to ask for a refund. Bad wine is not what you paid for.

Tesco Argentinean Malbec 2019
£5 Tesco
3 star rating (good wine but over priced – for further explanation of the wine rating system go to wineuncorked.co.uk and click on Wine Reviews)
Simple plum and blackberry flavours with some sharpness.

Orbis Organic Spanish Tempranillo Shiraz
£7 SPAR (down to £6 until August 9)
5 star rating (outstanding – the top rating)
A really fruity red with flavours of damson, strawberry and raspberry along with some creamy cherry. There’s also a bit of milk chocolate but that doesn’t add any excessive sweetness. A good food wine.

Starstruck Australian Malbec
£9 Co-op (down to £7 until July 21)
4 star rating (very good wine)
Treat this oomphy wine like a port to enjoy its cooked blackberry, coffee and liquorice flavours. The high alcohol (14%) means it will keep well once opened – even softening slightly.

Tesco Finest Vina de Cura Rioja Gran Reserva 2013
£11.50 Tesco
4 star rating (very good wine)
Attractive aromas of spicy cherry and fruit cake are met with a lighter version in the taste – still cherry but with a sprinkling of spice and vanilla. A nice wine to save for a special occasion.