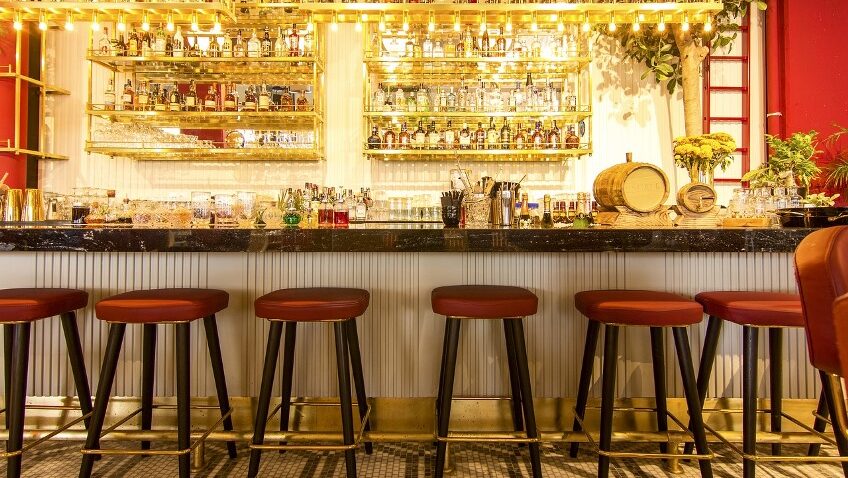 Of the 25 no-alcohol wines tasted and reviewed, only two stand out as being worthwhile to drink and taste something like wine. Another two taste so unpleasant you should avoid them and the rest are there for you to try but really aren’t worth the bother.

So why is it so difficult to find an alcohol-free wine that doesn’t taste like weak and watery fruit juice with an aspirin dissolved in it?

Because when you make wine and then remove the alcohol you also remove what makes wine taste nice. Alcohol not only adds sweetness (so the higher the alcohol level the sweeter the taste) and it balances out the naturally occurring sharply-flavoured acids found in wine (citric, malic and tartaric). It also gives the wine a tongue-coating appeal (known as body) – so remove the alcohol and the wine’s body becomes less and it feels watery and thin when you drink it.

Alcohol-free wine makers try and get round this by adding back the body with a food additive called E414 (also known as gum arabic) or glycerine (which is sticky and sweet and also found in fondant icing and many sweets). Sweetness is replaced by adding in a dollop of grape juice to the alcohol-free wine, which if you’ve drunk grape juice you’ll know is sweet and grapey tasting – so another plus.

Adding back the properties you’ve taken away never seems to work completely successfully (think of the taste and texture of fat-free mayonnaise, yoghurt or cottage cheese compared to the full-fat version) and it’s the same with wine. There’s also some flavourings and a preservative too (alcohol acts as a natural preservative) to help things along.

If that doesn’t work then there’s always the option of adding in some sparkle. Bubbling through carbon dioxide gas (like they do with carbonated soft drinks that come in cans) adds in some fizz and helps to disguise any slightly off flavours.

So why are we trying to find an alcohol-free version of wine at all?

Some of that’s down to Dry January – a successful campaign started by the charity Alcohol Change UK in 2013 which aims to promote the idea of abstaining from all alcohol for a month – but we can look further back to 1942 and Sober January with the Finnish government’s wartime campaign.

But possibly we just want to have our cake and eat it, so to speak. That is drink wine without the guilt of going too far and getting drunk. Well drinking less would have the same effect.

But if you want to drink alcohol-free wines then go for Aldi’s Zerozecco sparkling or Ariel De-alcoholised Cabernet Sauvignon. Or you could make a version of your own by adding tonic water to grape juice for a spritzer. Or just drink a pot of tea instead. Which isn’t ever going to taste like wine but it is awfully nice isn’t it?

Ariel De-alcoholised Cabernet Sauvignon 2018
£8.99 Dry Drink, Wise Bar Tender
3*
One of the few de-alcoholised wines that actually come close to tasting like wine. The flavour is initially sweet blackcurrant with some cocoa dryness but then some distinct citric acid creeps in at the end. It is rather thin of body but then you’d expect that as the usual method of adding body – the alcohol – is no longer there.

Tesco Low Alcohol Sauvignon Blanc Sparkling 2019
£2.75 Tesco
3*
Flavours of pear, apple and vanilla sugar have a slight tannic edge that gets you at the back of the throat. A reasonable low alcohol wine.

Edenvale Sparkling Cuvee Non-alcoholic
£4.99 Laithwaites
3*
Tastes lightly of apples and lemonade with a touch of the aspirin – which seems to pervade the non-alcoholic wine category. Drinkable but not exciting. Sparkling grape juice would do just as well.

McGuigan Zero Chardonnay
£3.50 Morrisons, £3.99 Asda, £4 Ocado, £5 Virgin Wines
0*
The aroma is of cardboard followed by lemon and oak pencil and the taste is at best described as foul – it is a mix of sherbet lemon dab mixed with cardboard. Use as drain cleaner.

5* outstanding – the top rating given by wineuncorked.co.uk
4* very good wine
3* good wine but over priced
2* a disappointing wine
1* little to offer
0* avoid – pour down the drain