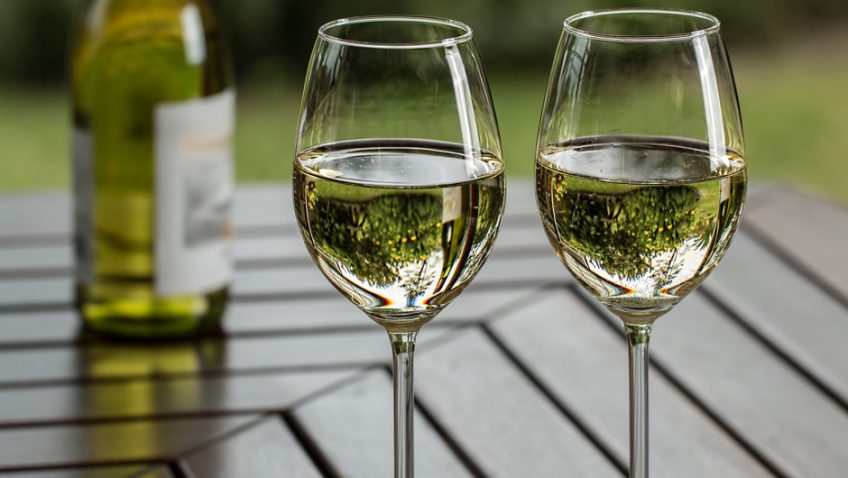 Chardonnay wine made in the French region of Chablis is often known as just Chablis. This small region in northern France still uses the traditional wine labelling technique of showing the region the wine (in this case Chablis) rather than the type of grape, or grapes, it was made of.

Fortunately this situation has recently changed thanks to the influence of Australian winemakers who came on the scene with much noise and the no-nonsense Aussie way of doing things in the 1980s and who, partly for legal reasons, had to say outright what grapes their wines were made of. Prior to that time it was common to see wines labelled as “Australian Chablis”, “Greek Sherry” or “Californian Burgundy”. Since then the European Union (EU) has protected these names by law and so now only wines made in the French region of Chablis can call themselves Chablis.

But the influence of the Australian labelling methods has finally caught on even in France and now you might also see the words “Chardonnay” on the label as well as “Chablis”.

“Burgundy” or “Bourgogne” (the French spelling) also pops up on labels of white wines made from Chardonnay grapes. This again is a French region. In fact it is the main wine region of east-central France which is sub-divided into smaller regions – one of which is Chablis. Another sub-region is Maconnais. You may know some of the wines of this sub-region as they are labelled “Macon” or “Pouilly-Fuisse” – both are villages within the Maconnais where wines made within these village areas can apply an even smaller sub-zone labelling.

But what does Chablis taste like? Flinty, or as the French call it, pierre a fusil, is a known characteristic of the traditional style made without putting the wine in oak barrels. This mouth-drying flavour can also seem like crisp apples.

Age the same wine in oak barrels and the apple flavours now become more creamy (rather like apple pie) perhaps with some honey notes as well.

Aldi Chablis 2018
£10.49 Aldi
A light green wine with aromas of melon and coconut. The traditional flinty flavour comes through with some apple and lemon.

Albert-Bichot Macon-Lugny 2018
£15.99 Laithwaites
A fresh and fruity bright yellow wine with aromas of apple and apricot pie followed by flavours of fresh pineapple and peach. This is not a sweet wine but dry and interesting.