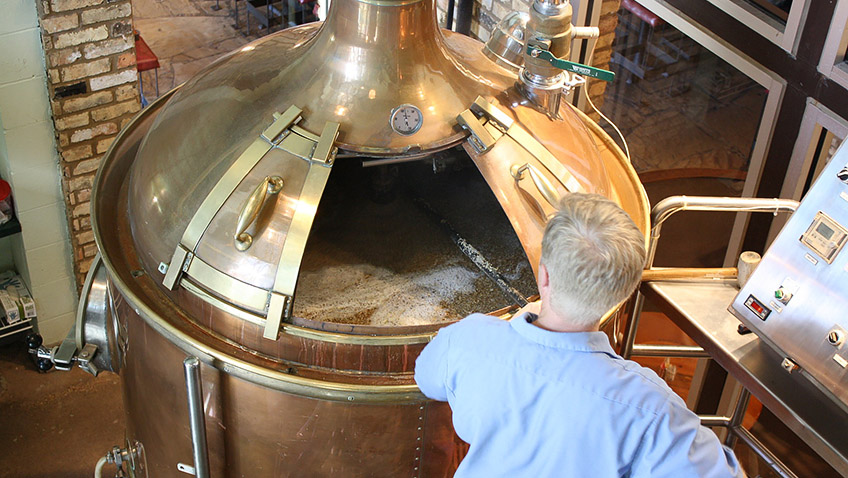 Do you remember Worthington’s White Shield?

Time is almost up for Worthington’s famous White Shield bottled beer as it’s becoming increasing hard to find beer sellers who still have some in stock. There was a time when almost every pub in the land stocked White Shield bottle-conditioned India Pale Ale made at the Worthington Brewery (now owned by Coors) in Burton upon Trent.

During the 1990s, all brewing of White Shield was transferred off-site to King and Barnes brewery in Horsham, it then became extremely difficult to get hold of. Rumours of its demise were scotched when Worthington’s relaunched White Shield in 2002, bringing its brewing back to Burton.

Loved by home brewers, White Shield is one of the few bottled beers to contain natural yeast sediment. Drink the treacle-toffee flavoured beer to within ½ an inch of the bottom and you’re left with a cloudy liquid containing a small amount of live yeast cells.

If you want to use these to ferment your own homebrewed beer (they add a slight White Shield flavour) you must first increase the number of yeast cells in what’s known as a “starter”. Pour the remaining White Shield into some watered down malt extract and place in your airing cupboard for a couple of days.

Now you’ve supplied the yeast with some warmth and fresh food they’ll multiply into a frothy mass capable of turning your freshly boiled malt extract and hops into beer.

) makes a beer exactly like its namesake but it does assume you’re an experienced homebrewer.

Rather than starting from first principles and extracting your malt extract from whole grain, why not use ready extracted malt that comes in a 1.3kg tin, as I did. This cuts about 2 hours from the beer making process and produces a dark-red treacle tasting beer capable of winning competitions (entering the Tunbridge Wells Winemakers’ Circle beer competition with this in 1998 won me first and second (!) place).

If you want to save some yeast for your own homebrew, Worthington’s White Shield is the one to use if you can get hold of it. But there are some other yeasts found at the bottom of other bottled conditioned beers that can be used as a substitute: Shepherd Neame 1698