Home / NEWS / BLOGS / Do you like blackberry flavoured wine? 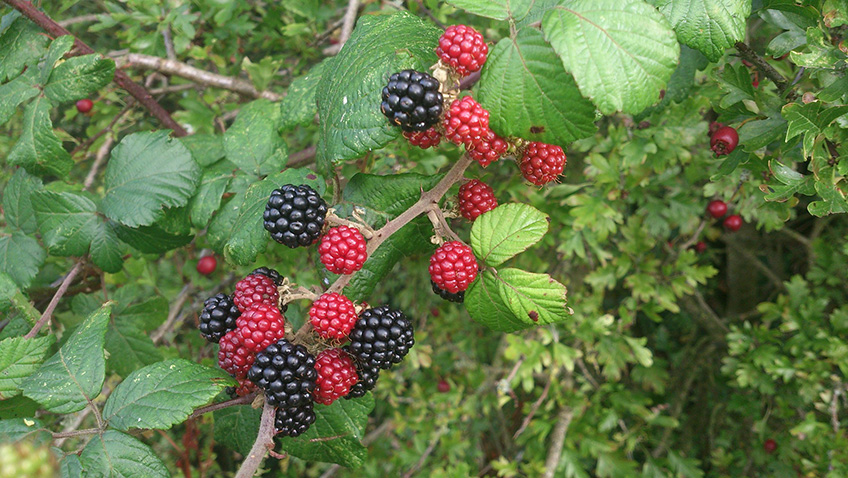 If you ask someone if they’ve got the latest blackberry they’re more likely to spout on about the history of communication technology rather than the new thornless hybrid suitable for freezing, jams and winemaking. But fruit-lovers needn’t fear, the common or garden bramble is still common and it can still be found in many gardens (intentionally or not). And if the thought of its tart and tannic flavours make you salivate then why not try a blackberry-tasting Merlot or Shiraz as well.

Because fermented grape juice, more often than not, doesn’t actually taste like grapes. The chemical reactions that convert the sugar into alcohol also turn the simple sugar flavours into more complex tastes of red fruit, flower, chocolate and cake spice.

Red wine made from Merlot, Shiraz or Cabernet Sauvignon grapes tastes of blackberry, sometimes with a sweet edge. But if the grapes have been grown in a hot climate then the wine can take on a minty freshness that calms the high alcohol hotness that’s often the end result of fermented very ripe, high sugar-content grapes.

But if you like your blackberry flavours a little lighter in style then try a rosé wine made with Merlot grapes – dense flavours are replaced with delicate fruitiness and a hint of apple.

And should you want even more blackberriness then turn 4lbs of those first of the season pickings into a gallon of country wine. Pour a kettle full of boiling water onto the crushed fruit and 2½lb of sugar and then sprinkle on a sachet of wine yeast

when things have cooled down.

Strain a week later into that symbol of the 1970s, a homebrew demijohn

(still to be found in homebrew shops for six quid or at a charity shop for a pound) and leave for a month.

The result will be a bright red wine with a woody aroma that tastes of, what else, blackberry.

SPAR Argentinean Mendoza Malbec 2017
£8 SPAR
Lots of flavours and aromas going on here, ranging from creamy plum, red pepper to milky coffee. Surely there must be some blackberry too?

McWilliams Australian Off The Press Shiraz Tempranillo 2017
£9 Co-op (down from £10 until September 3)
Rich and juicy. Blackberry, plum and a bit smoky. Enjoyable but in small quantities.

Greyson’s Rhubarb and Bramble Gin
£15.99 Aldi
Gin isn’t just gin any more it must be infused with all sorts of fruits and vegetables to be fashionable. This one is rhubarb and, no not custard, but blackberry.