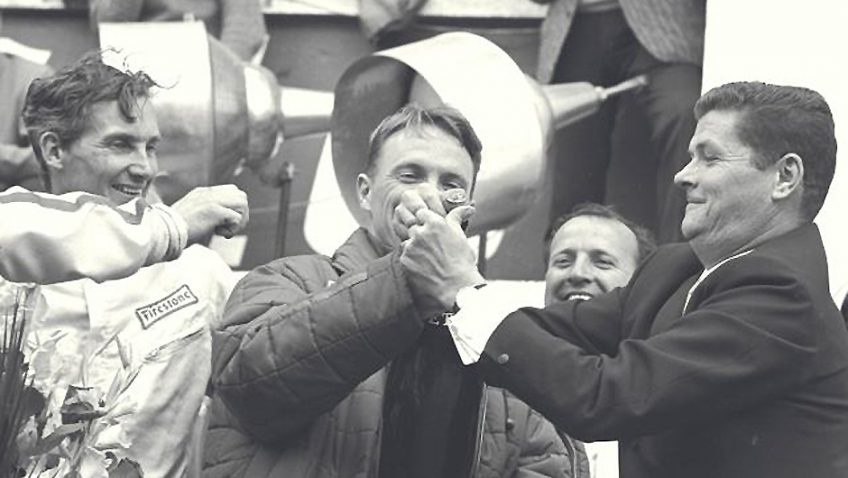 If you’re celebrating Father’s Day by going to Le Mans to watch the 24-hour motor race this weekend it’ll probably rain, rain champagne that is. Traditionally the winner’s bottle is sprayed into the crowd and we can thank the American racing driver, Dan Gurney, for starting it all 50 years ago in 1967.

Standing on the victory podium, 36-year-old Dan accepted the winner’s bottle of Moët et Chandon champagne and began spraying the other drivers, press photographers, Henry Ford II, team manager Carroll Shelby and their wives. It was something nobody had ever done before, and it quickly became a race-winner’s tradition. 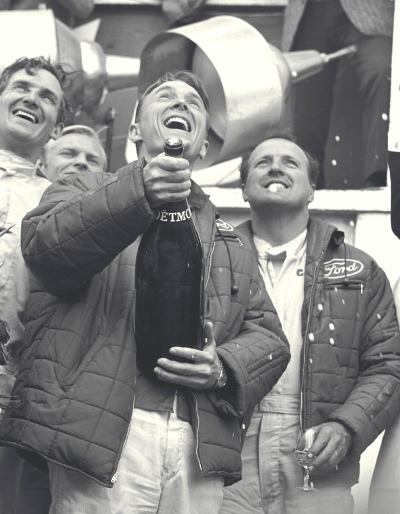 Since then hundreds of magnums and jeroboams have been sacrificed in celebration, which is a shame as champagne in big bottles matures rather well. These days Formula One drivers spray another champagne rather than Moët – the little known Carbon champagne brand made its debut appearance only two weeks ago on the Monaco Grand Prix podium.

This follows a turbulent time during 2016 when Formula One winners sprayed sparkling chardonnay after the 15-year sponsorship deal with Mumm champagne came to an end.

So champagne is back – except in Bahrain, added to the Formula One calendar in 2004, in that Islamic country it’s replaced by ‘Waard’ a specially-created non-alcoholic fizz made with pomegranate, trinj (a locally grown fruit) and rosewater.

That historic empty bottle ended up with LIFE photographer Flip Schulke, who used it as a lamp stand. Years later he gave it back to Gurney, who retired from racing in 1970 but, at the age of 86, is still running his own All American Racers operation in California. And the tradition he started 50 years ago is still going strong.