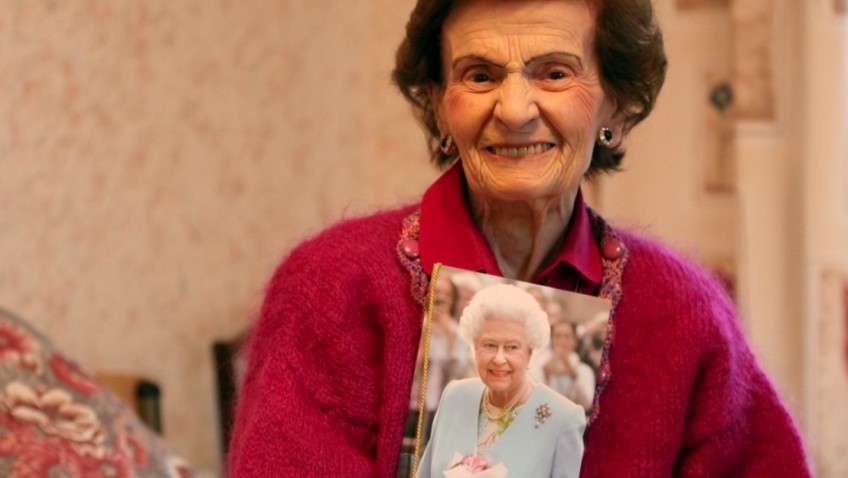 An extraordinary Scots woman who is part of one of the world’s oldest groups of sisters has received telegrams from the Queen and the Pope for her 100th birthday.

Maria Capaldi brought in the landmark birthday surrounded by friends and family at St Joseph’s House in Edinburgh on Monday.

The foursome, Maria, Flo, Jessie and Ann – whose maiden name is Rizza – have a collective age of 380, setting them just six years behind the world’s oldest siblings.

Maria has lived through 19 prime ministers, four monarchs and two world wars, and she moved into the care home only months ago.

Archbishop of St Andrews and Edinburgh, the Most Reverend Leo Cushley, presented Maria with a papal telegram in recognition of her many visits to Lourdes to attend to sick pilgrims.

She has visited the holy site every year since 1939, except during the Second World War.

And she still visits now, even though she has been deemed too elderly to help the sick.

Edinburgh’s Lord Provost Donald Wilson also presented her with a letter from the Queen, as well as a card and a trinket box from the city.

Maria said: “I don’t know what I have done to deserve all of it. There were times when I have needed help over the years, but it has always been there when I have asked for it.

“I think the secret is to have something other than yourself to think about. You realise others need you and that is when you realise how lucky you are.”

Born in Nairn in 1915, Maria was forced to care for her three younger sisters after their parents both died when she was only eight years old.

The four girls moved into an orphanage run by nuns in Aberdeen until Maria moved to London at 15 to become a secretary.

Over the years she earned enough to make sure all of her sisters had a proper education and were all able to leave the orphanage.

Her youngest sister, Ann O’Keeffe, 91, travelled from her home in Surrey to celebrate her birthday, while her other sisters Flo, 96, and Jessie, 93, called her on Skype from
Canada, where they both live.

Ann said: “My childhood was very happy and we always got on well as sisters. I was very young when my mother died and Maria always helped us.”

Maria moved back to Edinburgh in 1946 when she married her husband Frank and the couple lived in the same house in the city up to his death 21 years ago.

Old friend Sir Tom Farmer attended the party and recalled visiting her newsagents in the Leith area of Edinburgh, as a child.

The Hibs owner and Kwik-Fit founder said: “Everyone knew her in Leith as the newsagent was where you went to buy your sweeties and other bits and pieces.

“She loved children and always made everyone very welcome. She built up a reputation for listening to people.

“She is a very strong independent lady and she lived on her own for many years after Frank died.”