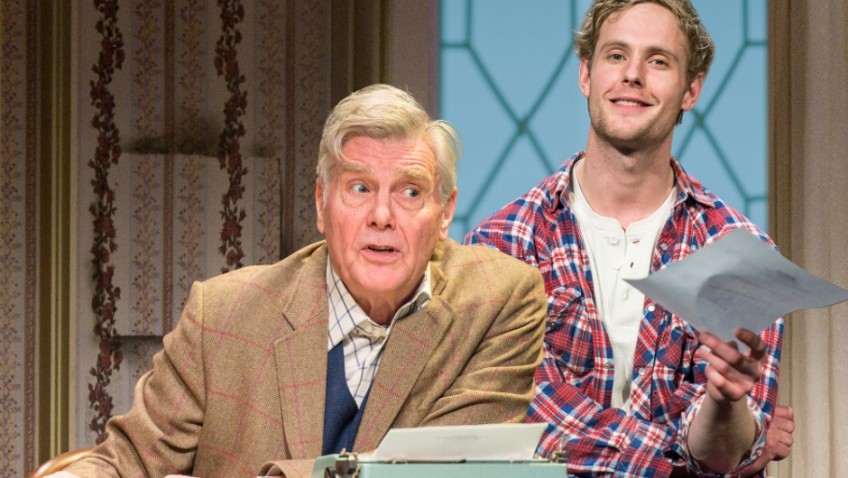 Twenty years after his death, Charlie published the letters in Dear Lupin…Letters to a Wayward Son. Michael Simpkins has now adapted the correspondence for the stage in a two-hand memory play and added a lot of factual information. 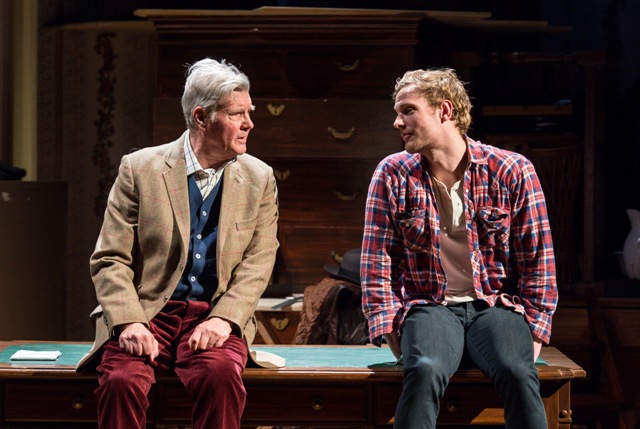 Father and wayward son are played by James Fox and Jack Fox, who are father and son in real life.

Mortimer nicknamed his son Lupin. (Lupin is the disreputable son of Mr Pooter in George and Weedon Grossmith’s The Diary of a Nobody.)

He remained a wastrel all his life. He ended up with a drink, a drug and an AIDS problem. 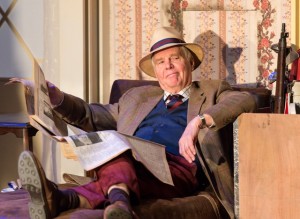 Mortimer, an old Etonian, was an affectionate, loving father, and exasperated though he was by his son, he remained patient and good-natured towards him throughout his life.

Philip Franks’ production benefits from the fact that the audience knows the two leading actors are father and son in real life. Their rapport and affection for each other is obvious.

But the performance smacks of superior amateur theatricals; and James Fox, who is, inevitably, the more experienced actor, is, not surprisingly, far more assured than Jack Fox is.