Home / LIFESTYLE / REVIEWS > / THEATRE REVIEWS / Nobody knows us. They think they do. But they don’t 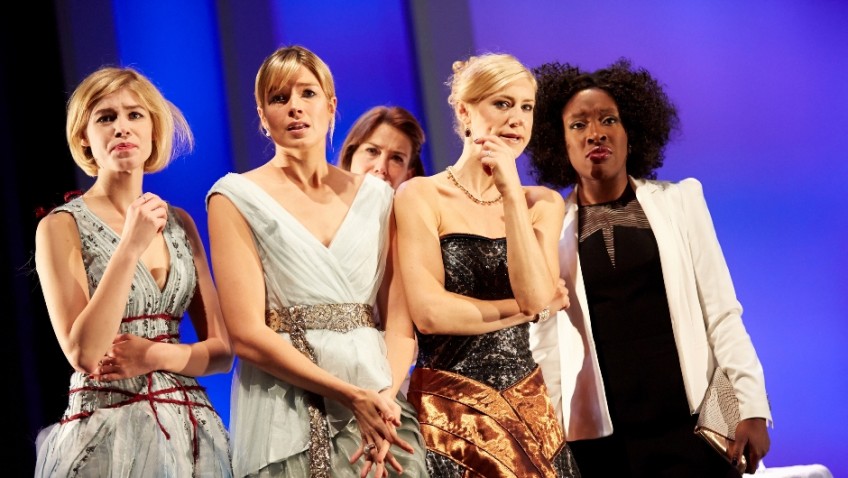 Nobody knows us. They think they do. But they don’t

All-female plays are very rare; and this may be another reason why the play is being staged.

The only time an all-female play has been really successful commercially was way back in 1936 when The Women by the American playwright, Clare Boothe Luce, premiered in New York and ran for 657 performances.

Adam Bock, taking his inspiration from the Mitford Sisters and the Miller Sisters, puts the spotlight on New York high society. Here are five filthy rich sisters, all spoiled and extravagantly dressed, trapped in a vacuous world, constantly in the public eye and always ready for a photo-shoot.

The play’s failure is that you just do not care for any of the five sisters one way or the other; their marital and financial problems mean absolutely nothing. The story-lines are superficial.

What The Colby Sisters badly needs is some of Clare Boothe Luce’s acerbic wit and satire.