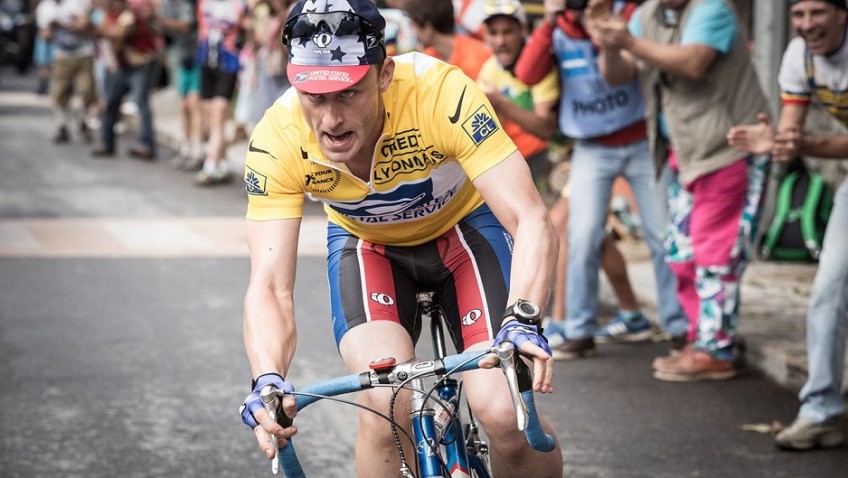 THE PROGRAM (StudioCanal) Role-model cyclist Lance Armstrong, the greatest inspiration to cancer sufferers in the history of sport, won Le Tour de France seven times in a row despite having the wrong body to be a champ. So how did he do it? He cheated and lied and lied and lied. He ran the most sophisticated and professional doping program which enabled him not to be caught in any blood test. Stephen Frears takes a documentary approach to recreate the disgrace and fall of a hero. Ben Foster looks amazingly like Lance Armstrong; but the performance is no whitewash. Chris O’Dowd is the investigative sports journalist and Jesse Plemons is the team mate who turns whistleblower.

FIXED BAYONETS (Eureka) is set during the Korean War. A platoon, pretending to be a regiment, takes a rearguard action to delay the advancing enemy. The film is dedicated to the US army and is embarrassingly poor both as propaganda and as tribute. The studio-bound set with its rocks and snow is very unconvincing.  Director Samuel Fuller also wrote the ham-fisted dialogue which spells everything out. There is a lot of bad acting and too many close-ups of actors’ faces attempting to be meaningful.  If you can spot James Dean in a minuscule role your eyesight is better than mine.