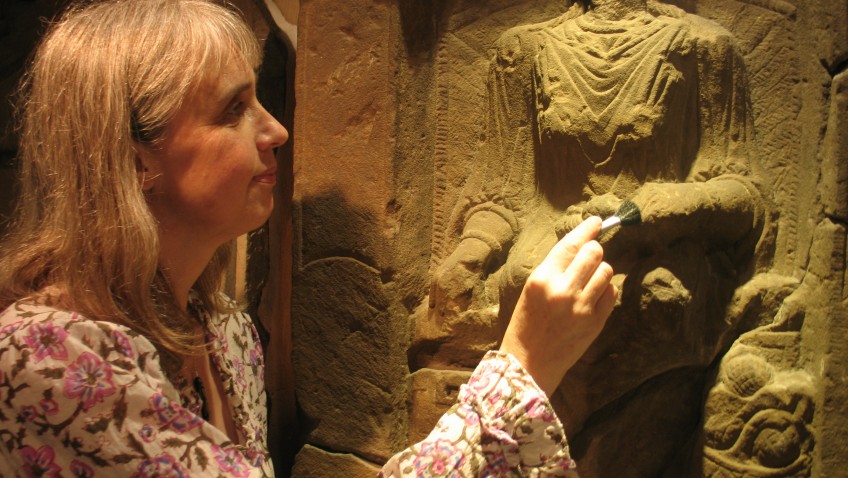 Some of England’s most precious treasures are set to return to their North East birthplace next month – and preparations are now underway to display them.

Thousands of visitors are expected to flock to museums across South Tyneside in the coming months as priceless historical items from the area – from gold rings to the earliest surviving copy of The Boldon Book – make a welcome return.

Now, the North East’s top curators and archivists are creating the optimum conditions to display the items, all of which are centuries old – and finding out more about the men and women who owned or inspired them.

The treasures – which all have links to South Tyneside or the wider North East region – are being loaned by The British Museum and The British Library as part of South Tyneside Council’s three year Treasures Programme, celebrating the area’s cultural and religious identity.

They include a 15th century gold signet ring, believed to have belonged to the Percy family and a gold pendant depicting St George slaying the dragon, both of which will form part of a Banners of the North exhibition at Bede’s World from 19 July.

The Treasures programme will also include the earliest surviving copy of the 12th century Boldon Book, which will go on display at South Shields Museum & Art Gallery, from 17 July.

“The book – the earliest surviving manuscript of the survey of the Bishop of Durham’s estates in Durham and Northumberland – was made in 1183,” said Geoff Woodward, Manager for North and South Tyneside Museums at Tyne & Wear Archives & Museums, “and is, quite simply, irreplaceable.

“The book is part of a much larger document, written in Latin and full of insights into everyday life at the time – such as people supplying chickens and eggs as part of their rent and that everyone was given 13 days holiday over Christmas.

”In addition, Arbeia Roman Fort, South Shields, will welcome the second century Shield Boss, found near the mouth of the River Tyne in 1866, as part of The Glory of Rome: Arbeia’s Greatest Treasures. The exhibition will also feature some of Britain’s best Roman finds, including the Regina tombstone, all of which have been discovered in and around the fort.

“Both the Boldon Book and the Shields Boss are hugely significant pieces of local history and provide a glimpse into what life was like in South Tyneside thousands of years ago,” said Geoff. The three year Treasures programme began in May with the arrival at Bede’s World, Jarrow, of a full-sized replica of the Codex Amiatinus – the lost masterpiece of the Wearmouth-Jarrow monastery Scriptorium, where Bede was a monk.

“South Tyneside has played a crucial role in all aspects of cultural and religious development throughout the ages,” said the Mayor of South Tyneside, Councillor Fay Cunningham, “and these treasures are testament to that.”

For further information about the full range of exhibitions and displays which make up the Treasures programme visit www.bedesworld.co.uk or www.twmuseums.org.uk