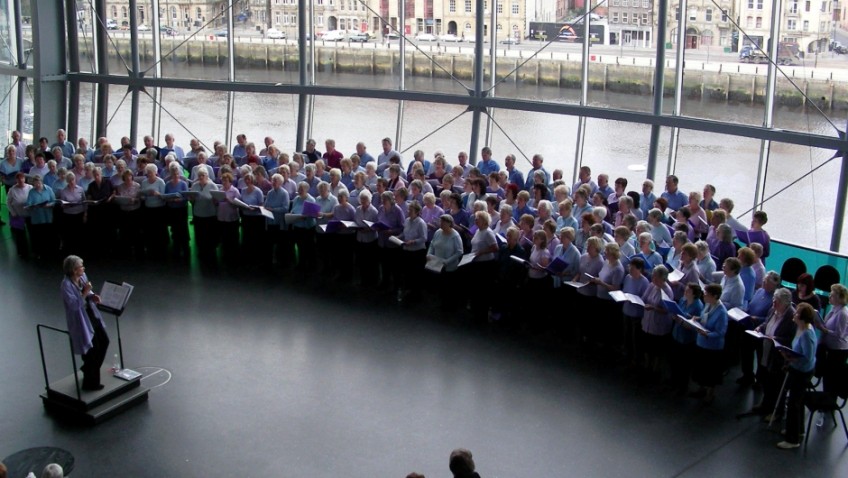 Should GPs prescribe a course of choral or group singing for older people who are feeling isolated, out of sorts or depressed? And could strumming a ukulele in the company of other music-makers also act as a powerful pick-me-up?

Judging by a new book from the Institute of Education, University of London, the answer to both questions is “yes, very probably”.

Dr Andrea Creech and her co-authors have conducted a comprehensive overview of international research into community music-making in later life and their conclusion is that it can benefit both body and soul even more than other types of leisure activity. 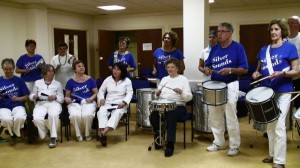 The role of music in health and healing has been recognised for more than 30,000 years. It is referred to in the Bible and the historical writings of ancient civilizations in Egypt, China, India, Greece and Rome. But it is only comparatively recently that research has begun to identify some of the physiological and psychological reasons why music can work wonders.

Music-making has been found to improve lung function and coordination, and ease some mobility problems. It can also enhance cognitive performance, reduce anxiety and alleviate depression.

Dr Creech and her colleagues say that neither the government nor society can afford to ignore such findings, particularly as the number of over-65s in the UK is projected to double by 2071 and centenarians are now the fastest growing group of older people.

“The major demographic transition that is under way means that the number of elderly people experiencing social isolation, depression and chronic disease is set to grow,” the researchers say.

“This will require cost-effective and compassionate responses, such as enabling many more people to engage in community music-making in later life. Potentially, this could offer a wide range of social, emotional and cognitive benefits.”

Their new book, Active Ageing with Music, not only distils the key messages from the world-wide research that they reviewed but complements these findings with the personal stories of older music-makers in England.

Their interviewees were drawn from the 400 people in London and Gateshead who took part in the year-long Music for Life Project funded by the UK Research Councils’ ‘New Dynamics of Ageing’ programme.

One 80-year-old woman told the IOE researchers: “Music, I think, benefits everybody, because of its beauty. It is an uplifting experience. I can’t imagine a life without music … It is important to me. It fulfils a need.”

Some of the Music for Life Project  interviewed by the IOE researchers said that collaborative music-making gives many older people a sense of purpose and a deep sense of being connected to the other members of their group. In some cases, it even provides a structure to their daily life.

One group leader said: “We can’t imagine, I don’t think, the loneliness that some people suffer. We laugh that if we have a ten o’clock session [the participants] will be here at half past eight; if we have a five o’clock session they’ll be here at lunchtime. A lady used to come in every Tuesday but she would arrive at least an hour early and sit there. At the end of term she put a bottle of wine on my desk and a card that said ‘I just want to thank you for giving me a life after my husband died’.” 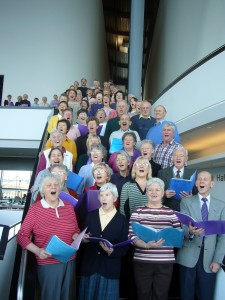 The researchers point out that not everyone is so lucky because practical obstacles, such as transport difficulties or cost, discourage many older people from becoming involved in music-making groups. Others are too reserved to enrol, particularly if they do not have a friend to accompany them.

The book offers suggestions on how such problems can be overcome. Taster sessions and ‘buddy’ systems that pair newcomers with another group member can often help, the authors say. But group leaders then have to know how to maintain older people’s interest.

“There is a need for professional development for musicians and care-givers interested in supporting activities for older people,” Dr Creech and her colleagues say. “Provision for this age group must be high quality, purposeful and enjoyable, and respond to older people’s diverse needs.”

Music-making in groups is not, however, just a therapy, important though that function is, the researchers add. “It is a means of creative expression – and people can be intensely creative right through the latter stages of life.

“It is also true that older people can and do progress as musicians. In fact, like any other age group, they need and desire progression pathways. The notion that older people are all the same and that they are decrepit and dependent consumers really needs to be dispelled.”

Featured photograph courtesy of the Silver Programme, the Sage, Gateshead