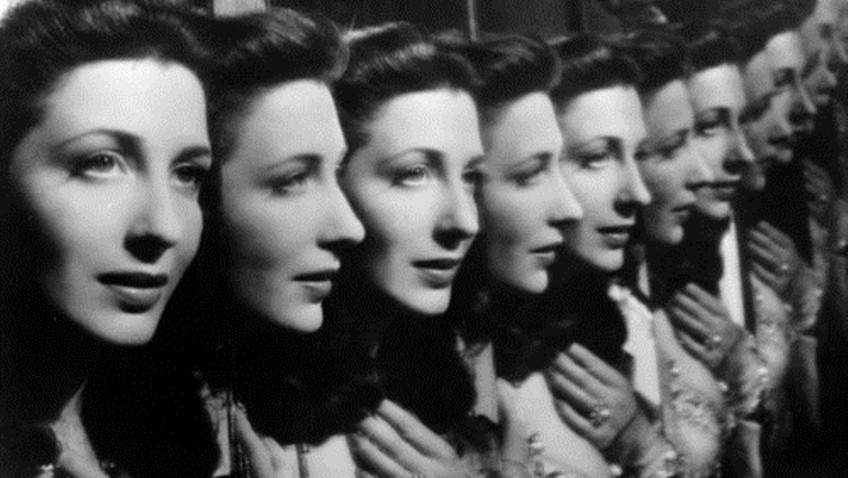 Murder most foul with Eric, Dirk, Anton and Bette

CORRIDOR OF MIRRORS (Simply Media). A 1948 British art house fantasy movie, with references to Madam Tussaud, Jean Cocteau and Bluebeard, has all the qualities of a bad dream.

A tormented man (Eric Portman as lively as a Tussaud waxwork), born out of his time, thinks he lived 400 years ago and that a woman (a morbid Edana Romney), is a reincarnation of his Renaissance lover.

Terence Young directs this Rococo curiosity with OTT panache within an eerie palatial house setting. This bizarre, neurotic and underrated film could well grow on you. Barbara Mullen is excellent as a silly biddy 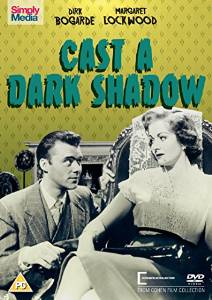 CAST A DARK SHADOW (Simply Media). “I am a ruthless, cold-blooded killer,” says Dirk Bogarde with a hysterical laugh.

He plays an estate agent who marries and kills a much older woman (Mona Washbourne) for her money, only to find she hasn’t left her money to him.

He then marries a vulgar widow, an ex-barmaid (Margaret Lockwood).  “I am an actor, I am not a film star,” insisted Bogarde in 1955 and he and Kay Walsh (as his nemesis) really ham it up, as if they were in a theatre. The film was based on a play by Janet Green. 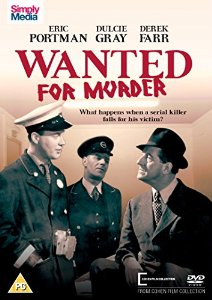 WANTED FOR MURDER (Simply Media).  Rich serial killer (Eric Portman) knows he is mad. He keeps a diary of his killings. His mum (Barbara Everest) knows he is mad. He is the son of a deranged public hangman. Scotland Yard (Roland Culver) knows he is mad. But can they stop him from murdering his girlfriend (Dulcie Gray) who has just ditched him for a nice bus conductor (Derek Farr)? The final scene takes place in Hyde Park. Written by Emeric Pressburger and Rodney Ackland, this neat and modest 1946 British thriller, directed by Lawrence Hattttington, has a Hitchcock feel to it. 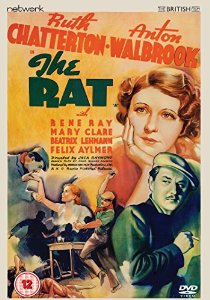 THE RAT (Network). Ivor Novello is primarily remembered, if remembered at all, for his musicals but he began by writing plays and films in which he starred. “As a work of art the value of The Rat (said a theatre critic in 1924) is about nine-pence but as a box office attraction it is worth £1,500 a week.”

Novello and Isabel Jeans were so successful they went on to make a series of films about the Rat, a charming Parisian jewel thief. This 1934 version has Anton Walbrook as the thief. When the orphan girl, he has adopted, is accused of murder, he chivalrously says he did it. 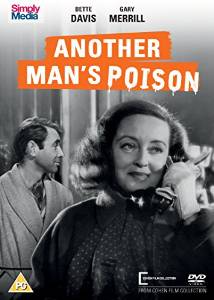 ANOTHER MAN’S POISON (Simply Media). 1951 British thriller stars Bette Davis as a murderer who tries to palm off her murder on somebody else.

“I’m not a nice woman!” she declares. “I ought to kill you!” says Gary Merrill (who was her husband in real life).

Somewhat strangely the image of Bette Davis on the DVD sleeve is from her most famous film, All About Eve.