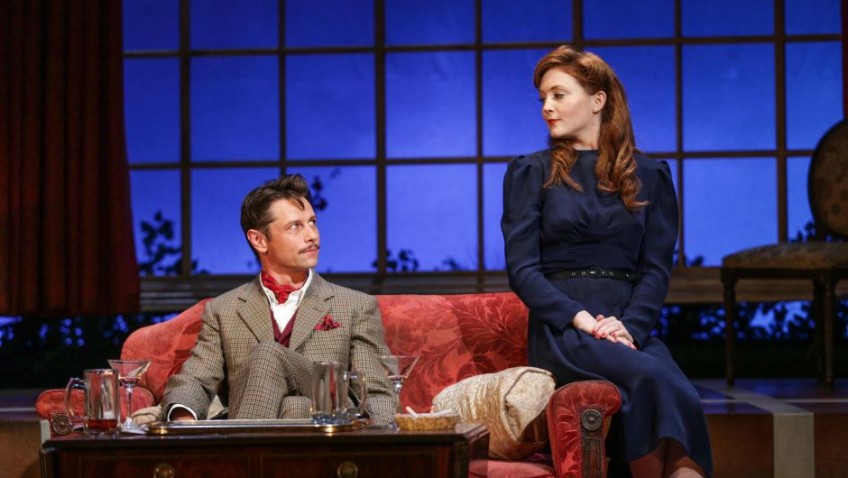 “I was very moved by the play,” said Winston Churchill

“I was very moved by the play,” said Winston Churchill. “It’s a masterpiece of understatement. But we are rather good at that, aren’t we?”

It would have been very hard for wartime audiences not to be moved. Terence Rattigan was an air-gunner in the RAF during World War 2 and Flare Path is based on his experiences at Biggin Hill.

The play opened in December 1942 and ran for 670 performances. Rattigan had caught the wartime mood and wartime condition perfectly. The pathos and comedy were evenly balanced.

The play, a tribute to Bomber Command, was a propaganda piece and its up-beat ending has to be understood within the context of the war when the nation needed their morale to be boosted.

Some 56,000 men of Bomber Command, more than half of all those who flew, died. An airman who embarked on a tour of 30 trips to Germany knew he had less than an even chance of surviving it.

The action is set in the residents’ lounge of a hotel close to a RAF bomber base in Lincolnshire from which the nightly raids over Germany take place.

The main story-line is a triangle: an actress (Olivia Hallinan) has to choose whether to stay with her husband, a bomber pilot (Alastair Whatley), who has lost his nerve, or to leave him for her ex-lover (Leon Ockenden), a Hollywood actor, whose career is about to go down the drain.

The character, however, who always makes the most impact, is the barmaid (Siobhan O’Kelly) who married a Polish count and is now a countess.

Flare Path is going to give a lot of pleasure to older audiences and especially to those who are interested in World War 2 and remember the bland day in, day out BBC news statement: One of our aircraft is missing.

Flare Path will also have a special appeal for audiences who have enjoyed the plays of Terence Rattigan in the past and will welcome a chance to see one of his less familiar play.