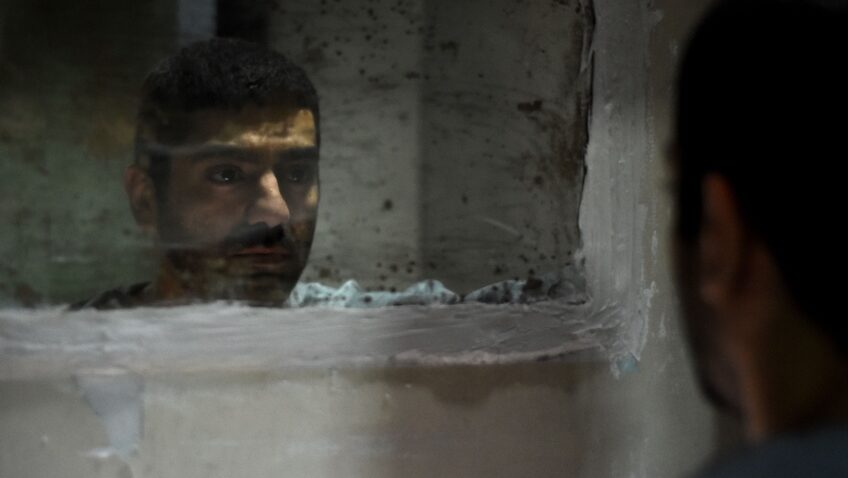 When There is No Evil, a themed anthology film, won The Golden Bear (the top prize) at the 2020 Berlin Film Festival, writer-director Mohammad Rasoulof was not present to accept the award. He was under a two-year travel ban that followed a year of imprisonment just after receiving an award at the Cannes Film Festival in 2017 with A Man of Integrity. It was not the first. The Iranian government had arrested Rasoulof and fellow writer-director Jafar Panahi in 2009 for “creating propaganda against the system.” That the government was unable to recognise the universality of Rasoulof’s message and the depth of humanity in the stories that comprise There is No Evil, is clearly an indictment of the regime, not the film.

In the first segment, There is No Evil, we are locked in a materially comfortable, claustrophobic milieu where middle-aged, family man Heshmat (Ehsan Mirhosseini) lives a dual life. He is first seen in an underground car park carrying, with another man, what looks like a body to the boot of his car. For nearly the remainder of the segment we watch Heshmat in his daily routine, where he caters to his organised, sensible, animated wife Razieh (Shaghayegh Shourian), his adorable daughter and his elderly mother. The conversation with Razieh is so natural and commonplace, that as their routine continues, you feel like you are waiting for a bomb to explode.

But you might be struck by an incident where Heshmat stops at the bank and Razieh goes in to collect his salary. When the bank teller, who knows her well, needs her husband’s authorisation to collect the salary, Razieh is insulted and declares she will not collect his salary anymore. Why we wonder, is Heshmat so reluctant to collect his salary? At 3am the following morning, Heshmat leaves for work, returning to that sinister car park. This time, when he goes into work, we get a possible answer.

If the tension in the first story pulsates below the surface in a deliberate, slow, even pace, the second segment, She said, ‘You Can Do It’ begins at a fast tempo and builds to a frantic one. The pace reflects the adrenaline levels in Pouya (Kaveh Ahangar), a jittery young man who has just begun his compulsory two-year military service. His job is to handcuff himself to a prisoner and walk him to his place of execution. Pouya’s more long-term goal is to apply for a passport to go and live abroad with his girlfriend. But then, with this strong-willed girlfriend on the phone encouraging him in a conversation we cannot fully hear, he does the unthinkable.

The third segment, Birthday, seems to be a continuation of the second, but the young man running through the woods, Javid (Mohammad Valizadegan) is not escaping with his girlfriend Nana (Nahtab Servati). He is running toward her to propose on her birthday. Armed with an engagement ring, Javid has three days leave from his military base to attend Nana’s birthday celebration at her liberal parents’ shabby, but comfortable house on the Caspian Sea.

Though it is clear the two young people are in love, their minds are troubled. Javid complains to Nana that he hates what he is doing, but is aware that if he does not, ‘they’ll destroy our lives.’ Nana is an even less celebratory mood. The death of a family friend who had been staying with them has put a damper on the party.

At dinner, the family decide to put aside their grief so that Javid can present the ring. And then Javid happens to see a photo of the stranger and stops dead in his tracks.

In the final segment, Kiss Me, a middle-aged couple, Bahram (Mohammad Seddighimehr), a semi-retired doctor, and Zaman (Jila Shah), live on a remote farm high in the arid mountains where they are beekeepers. At Bahram’s request, his niece Darya (Baran Rasoulof) arrives at Khomeini City Airport to spend time with him and Zaman. Darya, who is getting accustomed to wearing a headscarf, is amazed that Bahram can live without the internet, that he does not have a driver’s licence in the countryside (where he drives everywhere) and that he occasionally kills wolves.

‘I won’t kill a living thing’ Darya insists. Bahram replies, ‘sometimes you have to.’ Darya is studying to be a doctor like her father but is uncertain if she is really doing what she wants. Bahram knows the price one pays for doing what one wants to do – or must do. At dinner, Bahram dances to a song, Kiss Me, but the mood is short-lived when he coughs blood. There is an urgency now to what he must tell Darya.

There is a progression in the settings of the stories, and even within the second story, from claustrophobia (city and prison interiors) to freedom in the magnificent woods and mountains. There is also a corresponding downward scale of material well-being, most noticeable in the final segment where the couple eke out a living on a remote farm. And while all the protagonists are men, it is the women in their lives who, consciously or not, are responsible for their actions and fates. It is fascinating to watch how this dynamic works in the stories.

Not every film can claim that its inspiration arose from the filmmaker’s chance sighting of one of his interrogators when he was arrested ten years earlier. Instead of seeing an evil monster in Tehran that day, Rasoulof tells us he saw a clog in the wheel of an autocratic ruler’s machine for controlling the people. Rasoulof is asking a question that millions of people must be have asked or are asking: ‘as responsible citizens, do we have a choice when enforcing the inhumane orders of despots?’ And if not, how can you separate the person you are from job you must do?

The first three stories are so gripping – and credit must also go to the fabulous actors – that you feel abruptly shaken out of the story when it ends, like out of a compelling dream. Rasoulof is a master of narrative story telling. The details he unfolds are tempered by what he withholds, until a devastating climax delivers the punch in the gut. The fourth story is less of an immersive, visceral experience but offers another perspective, another variation on a timely, heartfelt theme.