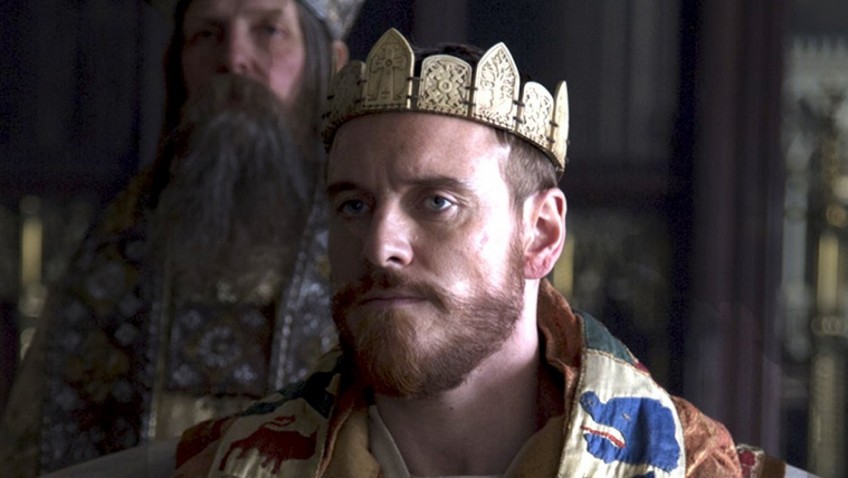 MACBETH (StudioCanal) has been highly lauded by some film critics whom I suspect have never read Shakespeare’s play nor seen it performed on a stage. “A little water clears us of the deed,” says Lady Macbeth. Her husband takes a bath in an icy cold lake to wash away his guilt for murdering King Duncan. Birnam Wood doesn’t march. It burns. Visually, there are some striking images; but Verbally, Justin Kurzel’s production just will not do. A severely cut text is flatly delivered and in scene after scene the verse constantly loses its impact. Marion Cottilard is out of her depth. Michael Fassbender plays Macbeth as a soldier suffering from post-traumatic stress disorder. He deserves a better production.

THE WALK (Sony). How good are you with heights? You may have already seen the documentary, Man on Wire, about Philippe Petit’s walk on the high wire between the Twin Towers in 1974. Robert Zemeckis reconstructs the event which he did five times without harness. Joseph Gordon Levitt is very likeable as the arrogant and very likeable Petit. The scenes leading up to it are poorly scripted and they feel very artificial and actory. However once we finally get to the coup of the century on the most spectacular stage, the tension is enormous: a beautiful, insane, dangerous, illegal and breathtaking dream comes true. Whatever you do, don’t look down!

LIFE (Entertainment One). Photo-journalist Dennis Stock famously photographed James Dean trudging through a rain-soaked Times Square and went on to shoot him in his hometown of Fairmount in Indiana for Life magazine in 1955.  Director Anton Corblin takes a look at the two-week assignment just before Dean became famous but fails to tell you anything about their relationship.  Of all the actors I have seen play Dean, Dane DeHaan is the least convincing. I am not surprised he turned down the role five times before accepting.  Robert Pattinson probably makes Stock, the bad dad, nicer than he was. (Stock’s son says in an interview that in his whole life he saw his dad only on 48 days.)  If you were a fan of Dean (hard to believe he died over 60 years ago) you might find it more rewarding to look at Stock’s photographs which were published in a book last year by Thames & Hudson.

SICARIO (Lionsgate). Denis Villeneuve directs this overrated Mexican drugs thriller. High spot is a massacre on the highway in a traffic jam. Emily Blunt is cast as an idealistic FBI agent, a passive observer of the horrors committed by the drug lords and their cartels (bodies hung up in the street) and the horrors committed by the law enforcement in dealing with it. Should brutality be met with brutality? In the knowledge that there were 15,649  people murdered in Mexico in 2014, it would seem the only way to win the drug war is to act illegally.  Blunt gets top billing but it is the charismatic Benico del Torro who has the leading role of hit man. A law unto himself, he is determined to kill the top bad guy as an act of revenge. Sicario means hit man in Mexican