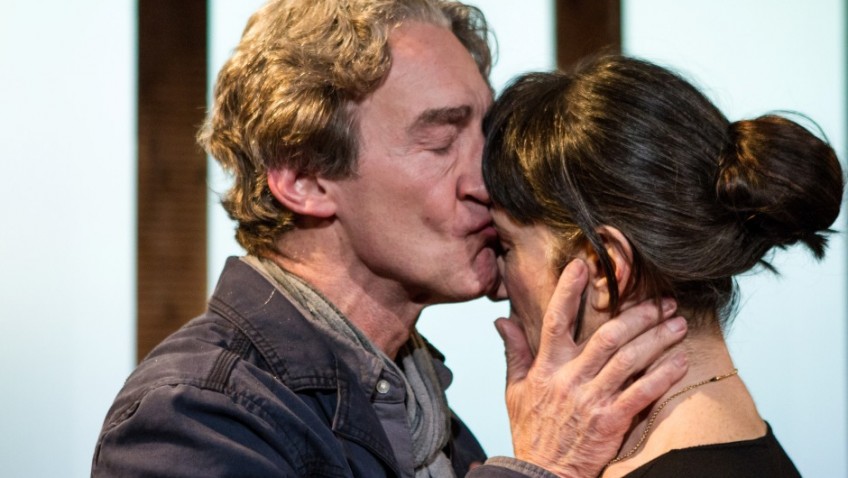 There is no boa (as in feather boa) on stage and no boa (as in boa constrictor) on stage, either, despite the picture of a snake curled round two naked bodies on the poster, which advertises Clara Brennan’s play.

Boa is a diminutive for Belinda, the name of a dancer, who is about to go on stage when her husband unexpectedly returns.

He is a Pulitzer Prize winning war correspondent and liable to be killed at any time. They talk and remember and re-enact past moments in their lives, constantly slipping back and forth, in and out of tiny scenes.

They argue a lot. She is liberal, caustic, volatile, wants children and has a drink problem. It is he, who likens her to a feather and a snake.

Clara Brennan springs a surprise at the end. The surprise is far and away the most interesting thing about her play and its raison d’être.

The actors, Harriet Walter and Guy Paul, are married in real life. Their rapport is an obvious advantage in an intimate, brittle-tender 90-minute marital spat in close-up, such as this.